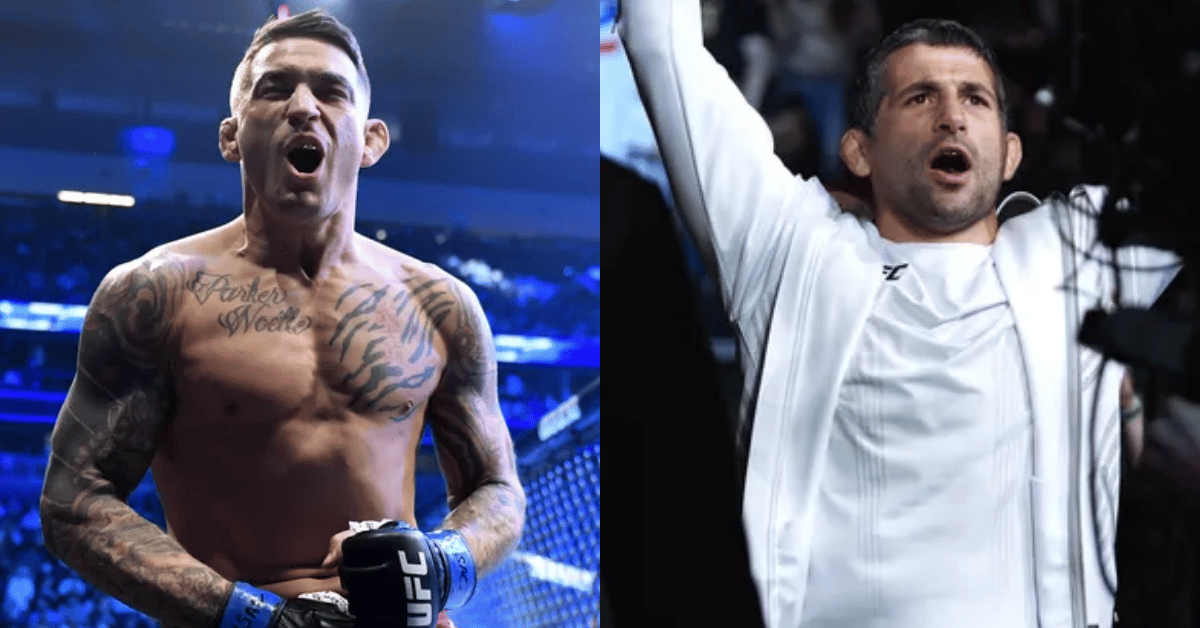 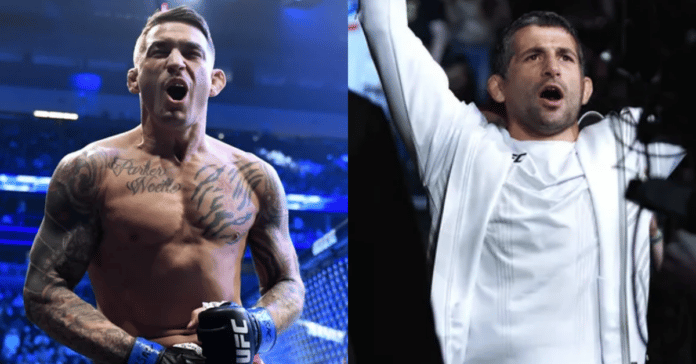 Former interim UFC lightweight champion, Dustin Poirier has claimed a potential title eliminator at 155lbs against the surging, Beneil Dariush, does not jump off the page at him, after he returned to the winner’s enclosure over the weekend.

Featuring in a main card clash at UFC 281 last Saturday at Madison Square Garden, Poirier managed to defeat one-time vacant title chaser, Michael Chandler, submitting the Missouri veteran with a third round rear-naked choke as part of a back-and-forth battle.

As for Dariush, the Iranian-born contender featured at UFC 280 back in October in Abu Dhabi, UAE – landing an impressive unanimous decision win over Poirier’s American Top Team training partner, Mateusz Gamrot. The outing came as Dariush’s first since he suffered a fractured fibula ahead of a planned February fight with champion, Islam Makahchev.

Dustin Poirier distances himself from an Octagon walk against Beneil Dariush

Weighing up a potential fight against Dariush off the back of his win over Chandler, Poirier, who had been linked with a February return at UFC 284 in Australia against the Kings MMA mainstay, insisted he was less than interested in the bout.

“Not really, honestly,” Dustin Poirier said of his interest in a fight with Beneil Dariush during an appearance on The MMA Hour with Ariel Helwani. “No disrespect to Beneil – great fighter, and he did it the right way, he’s a very respectful guy, a hard worker, goes in there and handles business. And I respect that, dude, and I’ll always watch when he fights.”

“When we just talked about the other guys that I’ve fought recently, that one’s not super exciting when I think about it,” Dustin Poirier explained.