If anybody can come back from adversity, it’s Dustin Poirier, but that’s not the question Poirier will be confronting in the coming days.

At UFC 269, Dustin Poirier entered the T-Mobile Arena in Las Vegas, Nevada as a man with a second chance. Two years ago, Poirier contested for the undisputed lightweight title for the first time, and he lost via rear-naked choke to then-champion Khabib Nurmagomedov.

In his second attempt at undisputed gold yesterday against Charles Oliveira, he would fall victim to the same hold in the same third round.

During the UFC 269 post-fight press conference, a brave and visibly emotional Poirier was asked about his future. The veteran is unsure what the future holds, but he is certain that if he chooses to be right back challenging for the world title again, he would.

However, he is still unsure if that will happen for reasons that go deeper than his abilities.

“I can do anything I put my mind to,” Poirier told reporters. “I can fight for another belt. I can go on another streak. I can claw, and climb, and get back to wherever I wanna be. It’s just, do I want to? That’s the question I have to look in the mirror and answer. Do I want to do it again? Do I want to go down that road again?

“And that answer will come in the next couple days, next couple weeks. I just need to let this pass and see what’s next for me. But if it’s in my heart and that’s what I wanna do, I’ll be here again fighting for another world title.”

Dustin Poirier has proven time and time again that he can pull himself up by the bootstraps and get right back to work, whether it’s in the middle of a taxing battle or if it’s after a major setback in the form of a loss. Poirier has hinted at retirement earlier this year, but leading up to this fight he sounded much more certain about sticking around.

However, those plans were uttered with the expectation that he would be the undisputed lightweight world champion. Now that he has come up short for the second time, it sounds as though everything hangs in the balance for Dustin Poirier, and fans will have to wait and see what the future holds for this living legend. 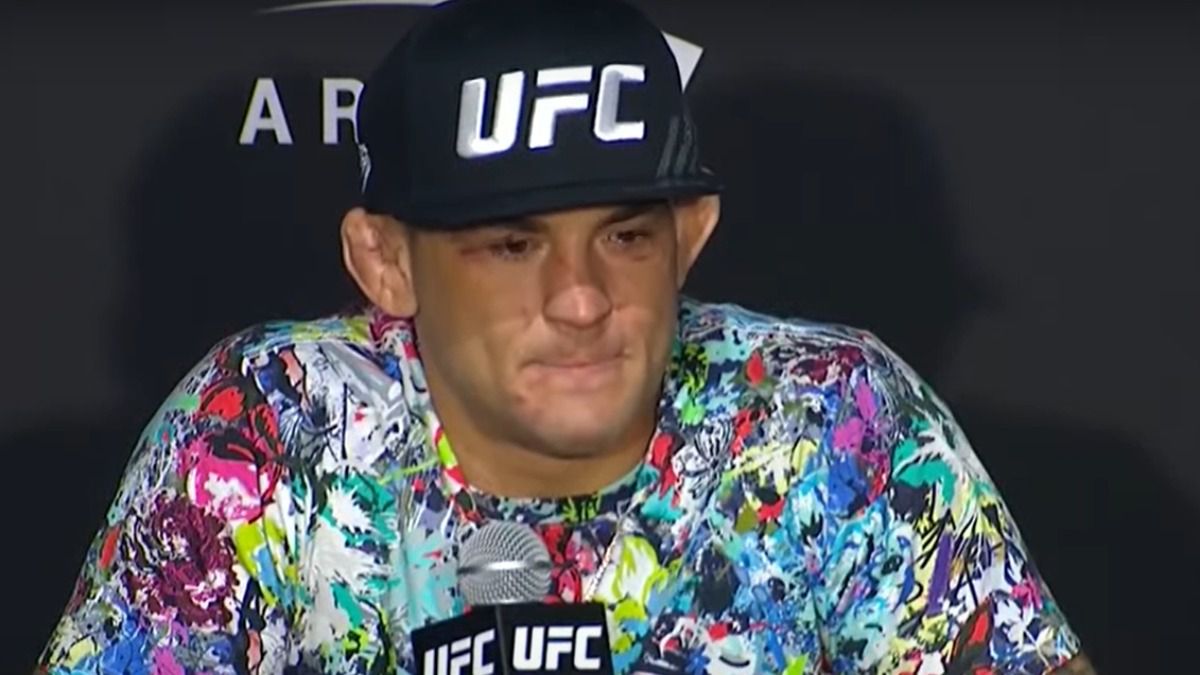