Dustin Poirier Reveals What Coach & Wife Told Him After Oliveira Loss
published on January 5, 2022
curated and posted by BRWLRZ Team

UFC lightweight Dustin Poirier has revealed the supportive message his wife and boxing coach gave him following his defeat to Charles Oliveira at UFC 269.

Poirier’s incredible journey towards the top in the UFC has always seemed destined to end in championship glory. But after two attempts at ascending the 155-pound mountain, “The Diamond” has failed to capture gold and now sits at a crossroads in his career.

After making his way back to the belt following his defeat to Khabib Nurmagomedov in 2019, many expected Poirier, who some branded the “uncrowned champ,” to close out his 2021 with a memorable title-winning performance at the final pay-per-view of the year.

In his way was Oliveira, an underdog who has continued upsetting the odds and defying the narrative about his title credentials. Having won the vacant belt with a remarkable comeback against Michael Chandler earlier in the year, “Do Bronx” was tasked with a ferocious Louisianan for his first title defense.

Further legitimizing his reign and staking his claim to be the best lightweight on the planet, Oliveira submitted Poirier in the third round with a standing rear-naked choke.

Given the work he’d put in to earn a second crack at the title, which saw him record a victory over Dan Hooker and two wins against Conor McGregor, Poirier’s current state of mind is unsurprising. Alongside his immense disappointment has been a self-admitted dose of de-motivation and confusion at what lies ahead for his future.

Does he want to go through another resurgence to the title? Does he want to simply enter the Octagon for fun fights? Does he still enjoy the art of fighting? Those were all questions he said he has to ask himself during an appearance on THE FIGHT with Teddy Atlas.

“I’m still trying to figure it all out… (I’m having difficulty) seeing the (silver) lining of what I’m gonna learn from this, what is the lesson from this one. And also, looking in the mirror and asking myself, ‘What happens next?’ That’s the big question… If I’m out of the title picture, am I fighting to get myself back there? Or am I fighting for a pay check? Am I fighting because I love to get into fights? That’s the big question I have to answer. I’m still trying to process everything.”

Luckily for Poirier, whatever path he chooses to follow, he’ll certainly have the unwavering support of those closest to him, including his wife of 12 years and high school sweetheart Jolie Poirier.

As a part of his entire mixed martial arts journey, Jolie has seen and experienced the highs and lows of the sport. With that in mind, it’s unsurprising she has been supportive of Dustin since his latest setback, as “The Diamond” revealed to Atlas.

“Her (My wife) and my boxing coach told me the exact same thing. They both said they’re behind me 100 percent, whatever I wanna do moving forward, and that with the right mindset, I can beat anybody in the world. They both told me the same thing.”

While his motivation to mount another title charge may have dwindled and his future at lightweight could be non-existent, the one matchup that has consistently had Dustin Poirier excited over the past few days and weeks has been a clash with Nate Diaz, something originally set to happen way back in 2018.

After an initial December back and forth and apparent agreement to fight in January or February appeared to collapse at the negotiation stage, it seemed that bounce-back opportunity was off the table for Poirier.

However, after revealing he’d accepted a short-notice bout with the Stockton native during his interview with Atlas, the stage looked set for the long-awaited fight to go down. But with Diaz once again throwing water on the fire on social media and follow-up reports suggesting talks have already stalled, the status of Poirier’s return remains unclear.

Would you like to see Dustin Poirier return to action to face Nate Diaz at welterweight? 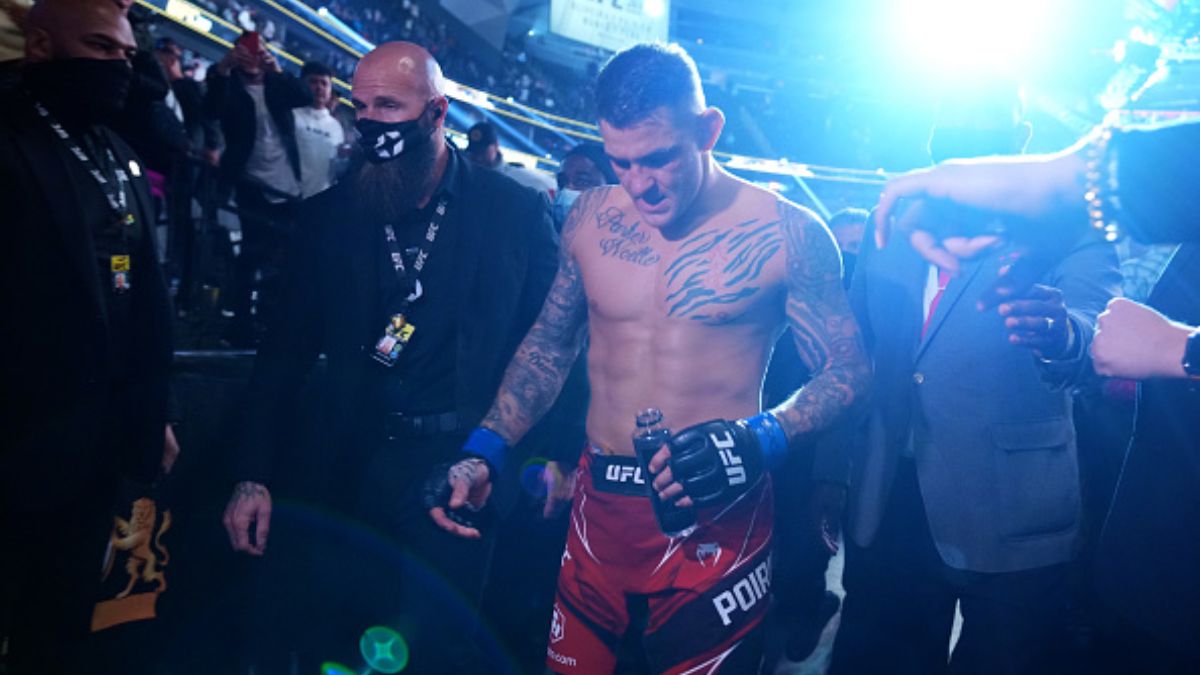