During the UFC’s Hall of Fame ceremony, Dustin Poirier gave his prediction for a big lightweight bout.

Poirier showed up dressed to impress for the event. The lightweight contender fielded questions from the media including what he thinks will happen when Justin Gaethje meets Michael Chandler at UFC 268.

The Louisianan is familiar with the human meat grinder that is Gaethje. They clashed in what many outlets dubbed “fight of the year” back in 2018. The bout was a hellacious back-and-forth that saw both athletes pushed to their limits and ended with Poirier’s hand raised. Poirier is excited about the upcoming fight and likes his old foe to get the victory in November.

“Man, it’s gonna be a fun fight,” Poirier told reporters. It might be talk. Chandler’s mindset, talking about caution to the wind, and who steps back first, and the tough guy stuff is—Justin’s a guy who you don’t have a choice. He’s bringing it. But I think Justin wins that fight.”

“The Diamond” will surely watch the matchup with a vested interest. He currently sits at the top of the heap in the UFC lightweight division and will go for gold again in December when he faces off with Charles Oliveira.

After a successful career in Bellator, Chandler stormed into the UFC with a first-round knockout of Dan Hooker. The win led to Chandler fighting for the UFC belt, where he fell to Charles Oliveira.

Gaethje has been missing from action since a failed title bid last October. The loss to then-champion, Khabib Nurmagomedov, snapped a four-fight winning streak for “The Highlight.”

And while he hasn’t been in the Octagon in nearly a year, Gaethje has been active on social media. He recently took to Twitter to declare that he believes Poirier will beat Oliveira and he will beat Chandler. Then, Gaethje believes he’ll rematch Poirier in a replay of “the best fight that happened on Earth in 2018.”

Who do you think wins when Michael Chandler meets Justin Gaethje at UFC 268? 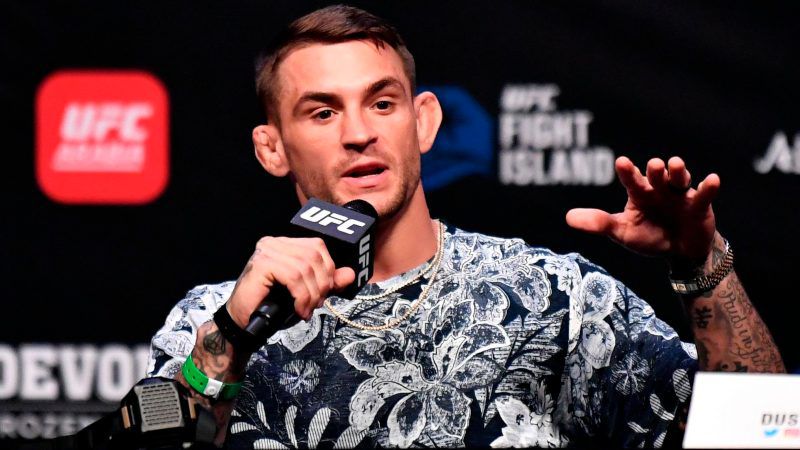