Former Interim UFC Lightweight Champion Dustin Poirier has revealed that out of his former opponents inside the Octagon, Irish superstar Conor McGregor packed the hardest punch.

Poirier and McGregor have fought each other three times and continue to share one of the most heated and memorable rivalries in UFC history. Despite the animosity he holds for the “Notorious” star, “The Diamond” has never shied away from giving credit to his foe where it’s due. Unsurprisingly, punching power is an area where Poirier had to give it to McGregor.

The former two-division UFC champion is famed for his striking prowess and vicious left hand. Across his incredibly successful career in the sport, the Dublin-born southpaw has accumulated 22 wins, 19 of which came via knockout. Among the list of opponents who have fallen to McGregor’s hands sit José Aldo, Eddie Alvarez, Chad Mendes, Diego Brandão, Donald Cerrone, and Poirier.

LAS VEGAS, NEVADA – JULY 10: Conor McGregor of Ireland attempts a punch against Dustin Poirier in the first round in their lightweight bout during UFC 264: Poirier v McGregor 3 at T-Mobile Arena on July 10, 2021 in Las Vegas, Nevada. (Photo by Stacy Revere/Getty Images)

Poirier well and truly felt the force of McGregor’s hands when the pair first met at UFC 178 in 2014. Inside two minutes of the opening round, the Irishman let his hands go and sent the Louisianan to the canvas. McGregor finished Poirier with some brutal strikes while his stricken opponent had his head on the ground.

In an interview with Valuetainment’s Patrick Bet-David, “The Diamond” was asked if he’s faced anyone in the Octagon whose punching power stood out from the rest. His answer had a “Notorious” flavor to it.

“Conor McGregor, no doubt about it. [You’d put Conor McGregor at the top?] As the biggest puncher I’ve fought? Yeah. He’s a special individual, for sure… Fought him in 2014; lost, and that was when his trajectory was just… sky was the limit, he was on his way up. He tore through everybody; became a two-weight world champion.”

When asked whether the Irishman’s power had diminished when they fought for the second and third times this year, Poirier suggested McGregor was just as dangerous on the feet. The difference that allowed him to have his hand raised was his own mental attitude, according to the 32-year-old

Having re-visited the feud this year, Poirier has flipped the script on his rivalry with McGregor. In their rematch at UFC 257 in January, the former interim champ went toe-to-toe with the 33-year-old on the feet, and became the first man to knock him out.

After McGregor reverted to his trash-talking persona, the pair looked to settle their rivalry for good in their trilogy fight at UFC 264. Instead, the ground was potentially laid for a fourth meeting after an inconclusive ending saw McGregor break his leg at the culmination of the opening round.

Both men, and UFC President Dana White, have suggested a tetralogy is inevitable once the Irishman fully recovers from the gruesome injury.

Would you like to see Dustin Poirier and Conor McGregor collide for a fourth time? 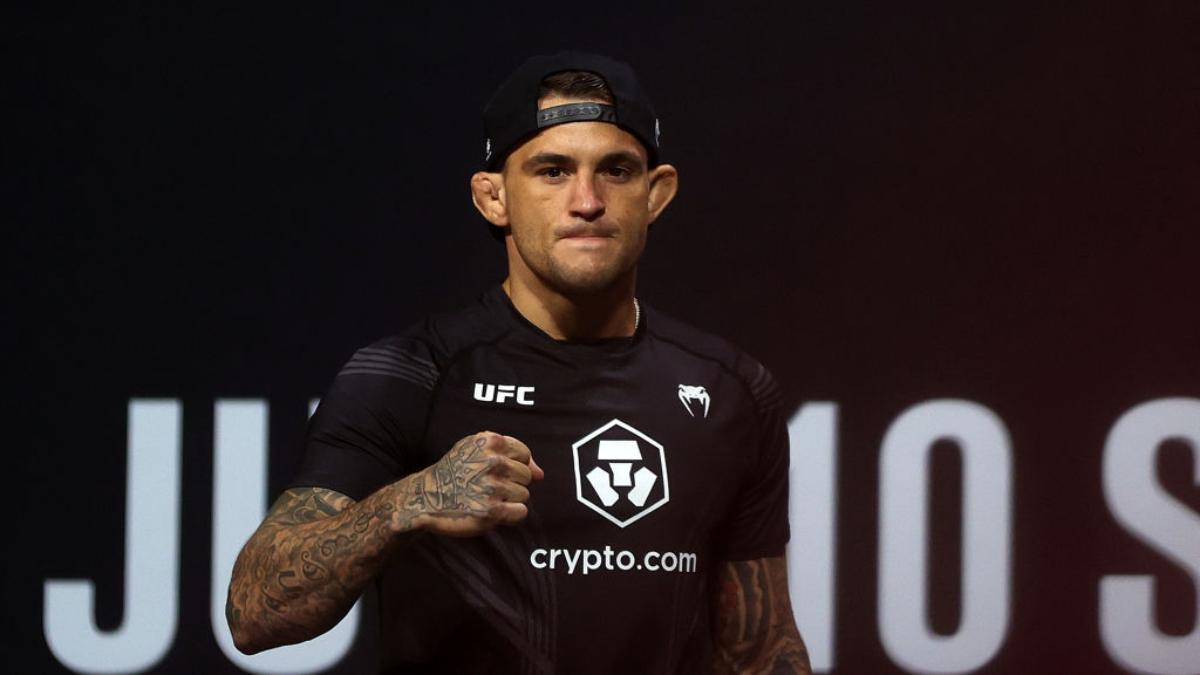