Dustin Poirier Is “90% Sure” He’ll Fight At Welterweight In The UFC
published on December 10, 2021
curated and posted by BRWLRZ Team

UFC lightweight contender Dustin Poirier is “90% sure” he’ll fight at welterweight in the UFC before he retires or leaves the promotion.

Having arrived on MMA’s biggest stage as a featherweight and fought there until 2015, Poirier has found immense success since his move up to 155 pounds. In the near-seven years since, “The Diamond” has gone 12-2 (1 NC). After racking up a trio of consecutive wins against Anthony Pettis, Justin Gaethje, and Eddie Alvarez, Poirier had his first shot at gold in the former of an interim title clash against Max Holloway.

Following a victory over “Blessed,” Poirier fell short of becoming undisputed champ when he faced the undefeated great Khabib Nurmagomedov in 2019. But since the crushing defeat, the Louisianan has fought his way back to the top in mightily impressive fashion.

Following a Fight of the Night decision triumph over Dan Hooker last summer, Poirier turned the tables on his rivalry with Conor McGregor, defeating the Irishman twice in 2021 to flip the score from 0-1 to 2-1.

After a lucrative year, Poirier will look to close it out by securing his place on the lightweight throne this weekend. To do so, he’ll have to get past reigning titleholder Charles Oliveira.

Poirier Sees A Future At 170 Pounds

Despite undoubtedly being at the top of his game as a lightweight, talk of a possible move up to the welterweight division has long existed, largely due to his very public feud with ex-teammate Colby Covington, who has challenged for the 170-pound title on two occasions.

During a recent interview with RT Sport MMA, Poirier was asked whether he sees a victory at UFC 269 this weekend leading to an immediate bulk up to welterweight, or if he anticipates having to defend the title first, a scenario which would likely see him run it back with the consensus number one contender Gaethje.

“I don’t like to look that far ahead. Saturday night has to happen first, but right off the bat, I would think I’ll have to defend the belt… I mean, the whole top-10 rankings system in the UFC at lightweight is tough guys. There’s a lot of guys on long win streaks. There’s some up-and-comers, some new guys to the mix. There’s a lot of opponents that could be my potential next opponent, so we’ll see, man. I don’t like to look that far ahead.”

Despite intending to remain at lightweight for the immediate future, Poirier did provide a decent portion of hope to those desiring to see a welterweight Poirier before he departs the sport. According to “The Diamond,” there’s a strong chance he’ll compete as a 170lber before his time in the UFC is up.

“I’m not sure (who I could face at welterweight), we’ll see. Like we just said, getting my hand raised Saturday night, I’m gonna stay here at 55 and fight again. I don’t know when that move to welterweight will be. But I’m pretty sure, I would say I’m 90% sure that before everything is said and done, that I will fight at 170 pounds in the UFC.”

Before thinking too hard about another move up in weight, Poirier will have to get past Oliveira in the UFC 269 main event. While many continue to underestimate “Do Bronx” and discredit his championship status, Poirier isn’t taking him lightly and knows the threat he poses to his title aspirations.

Who would you like to see Dustin Poirier face if he eventually makes the move up to welterweight? 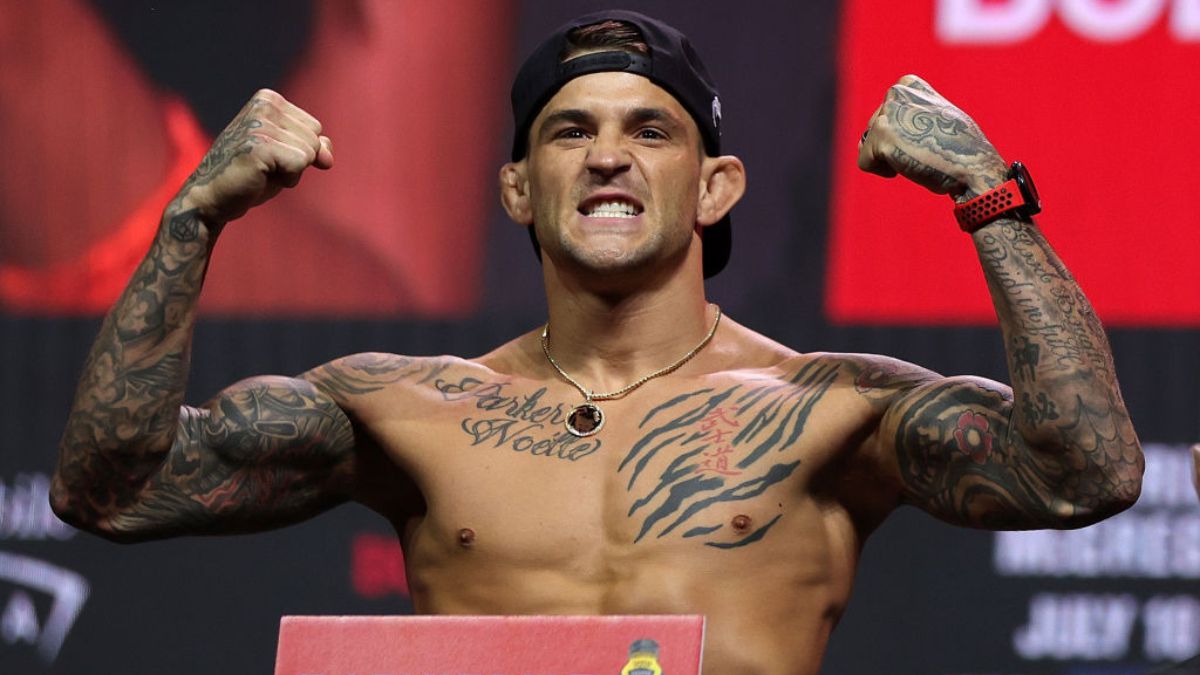