Dustin Poirier Admits He Would Have Loved To Have Scored Fight With Ex-UFC Champion B.J. Penn
published on December 21, 2022
curated and posted by BRWLRZ Team 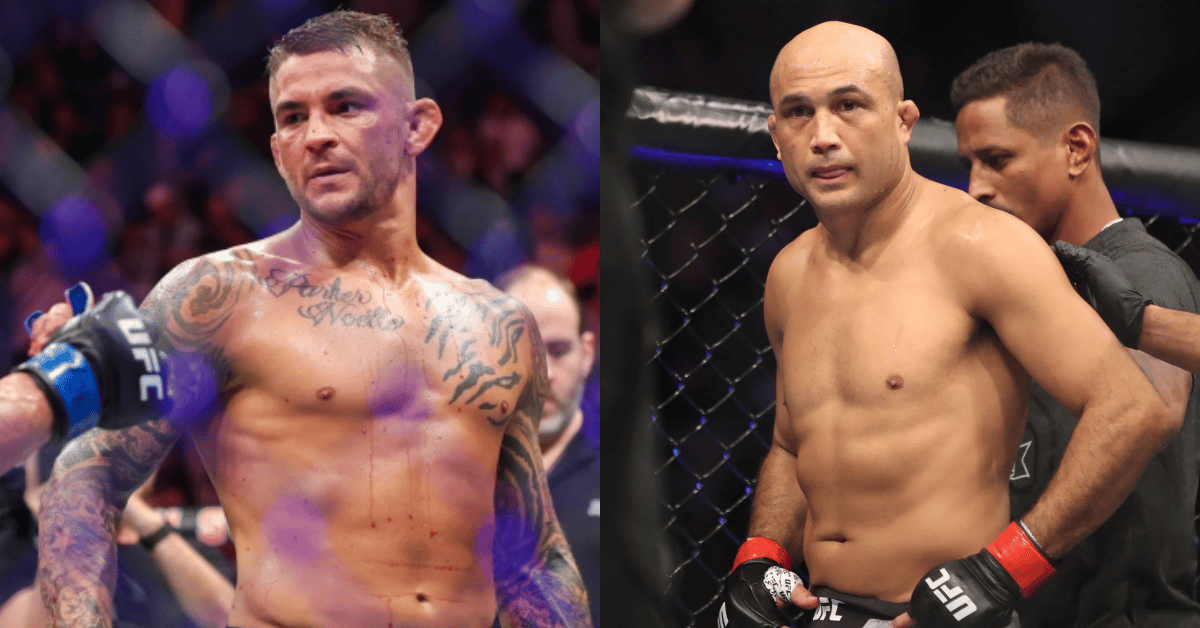 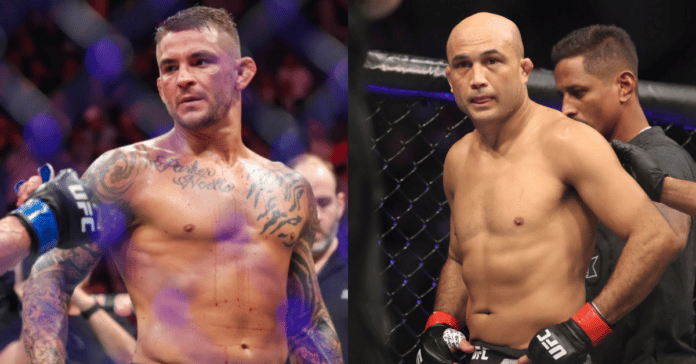 Poirier, the current #2 ranked lightweight contender, returned to the Octagon for the first time in 11 months back at UFC 282 in November at Madison Square Garden, turning in another Fight of the Night earning performance.

A perennial fan-favorite, Poirier, who has competed at the featherweight limit in the past, and has contiunally weighed up a potential leap to the welterweight class of 170lbs, admitted recently that a matchup with a prime Penn, would be a fight he would have loved to have scored.

“I would have loved to fight a prime B.J. Penn,” Dustin Poirier revealed during a recent Q&A session with US Weekly. (Transcribed by MMA News)

A former lightweight and welterweight champion under the UFC banner, Hawaiian veteran, Penn ended his professional career in the midst of a seven-fight losing skid which concluded in a decision loss to Clay Guida in 2019, however, holds wins over notable combatants during his tenure.

Dustin Poirier won an interim UFC title back in 2019

As for Dustin Poirier, the Lafayette puncher won the interim lightweight title in 2019 with a decision win over two-time foe, Max Holloway, and last year scored a rematch and subsequent rubber match win over former two-weight UFC champion, Conor McGregor.

Yet to book his next Octagon walk following his triumphant victory against Chandler last month, Poirier has been linked to both a rematch with fellow former interim gold holder, Justin Gaethje. And has been the subject of another call out for a fourth fight from arch-rival, McGregor.