Having shared the Octagon with both men, Dober is in a unique position to provide his thoughts on the highly anticipated matchup, which is expected to see the victor advance to challenge the champion later in the year.

Almost two years to the day later, Dober faced surging Dagestani Makhachev at UFC 259. Like against Dariush, Dober was submitted, that time with a third-round arm-triangle choke. Those defeats represent two of only four submission losses in Dober’s 35-fight MMA career.

In an exclusive interview with MMA News, Dober discussed what he expects to happen when the pair collide next month. The 33-year-old also spoke about his own return to action against Ricky Glenn in March, his current contract status, and how long he intends to continue fighting for.

Since a 2015 KO setback against Adriano Martins, Makhachev has looked unstoppable. During his active nine-fight win streak, the 30-year-old has defeated Nik Lentz, Arman Tsarukyan, Davi Ramos, and Thiago Moisés. Most recently, Makhachev brushed past the challenge of Dan Hooker with a brutal first-round kimura in Abu Dhabi.

While he boasts more defeats on his record, Dariush’s recent form has been equally strong and his current seven-fight win streak is arguably more impressive than his upcoming opponent’s run of triumphs. Since defeats to Edson Barboza and Alexander Hernandez, Dariush has recorded highlight-reel KOs of Drakkar Klose and Scott Holtzman and shot into contention with decision wins against Diego Ferreira and Tony Ferguson.

With that in mind, Dober believes Dariush will give Makhachev more problems than he’s ever faced in the UFC. The promotional veteran expects the February 26 main event to be decided by how well Dariush can implement his strategy against a patient Makhachev.

“I think Beneil is going to give Islam the most problems,” Dober told MMA News. “It’s a super-tough fight for both guys. I think one of the cool things with Beneil is his strategy. He implements a good strategy and he’s able to adjust his strategy per round, and he’s a finisher. He can put you away with his hands or a submission.

“I think the biggest takeaway is Beneil’s a risk-taker, and Islam is not. Islam will do everything he can to win the long game,” added Dober. “Beneil, he takes risks; sometimes it works out in his favor, and sometimes it doesn’t. I think that’s the deciding factor; Beneil’s strategy and his risk-taking ability… I feel like the determining factor is going to be Beneil’s strategy.”

When asked for a prediction, Dober told MMA News that his heart and head are going different ways. While he would love to see Dariush have his hand raised, he acknowledges that the safer pick would be Makhachev.

“It’s so hard. Like, my heart, here at home, my wife and I, we’re going for Beneil Dariush. We want him to win, man. I’m behind him wholeheartedly. But as far as being a betting man, I mean, you see less mistakes from Islam, and so Islam is the safest bet. But the heart’s pulling for Beneil,” concluded Dober.

While Makhachev might be the safer bet, that certainly won’t stop Dober and his wife from cheering Dariush on from home.

Who do you think will have their hand raised on February 26, Beneil Dariush or Islam Makhachev? 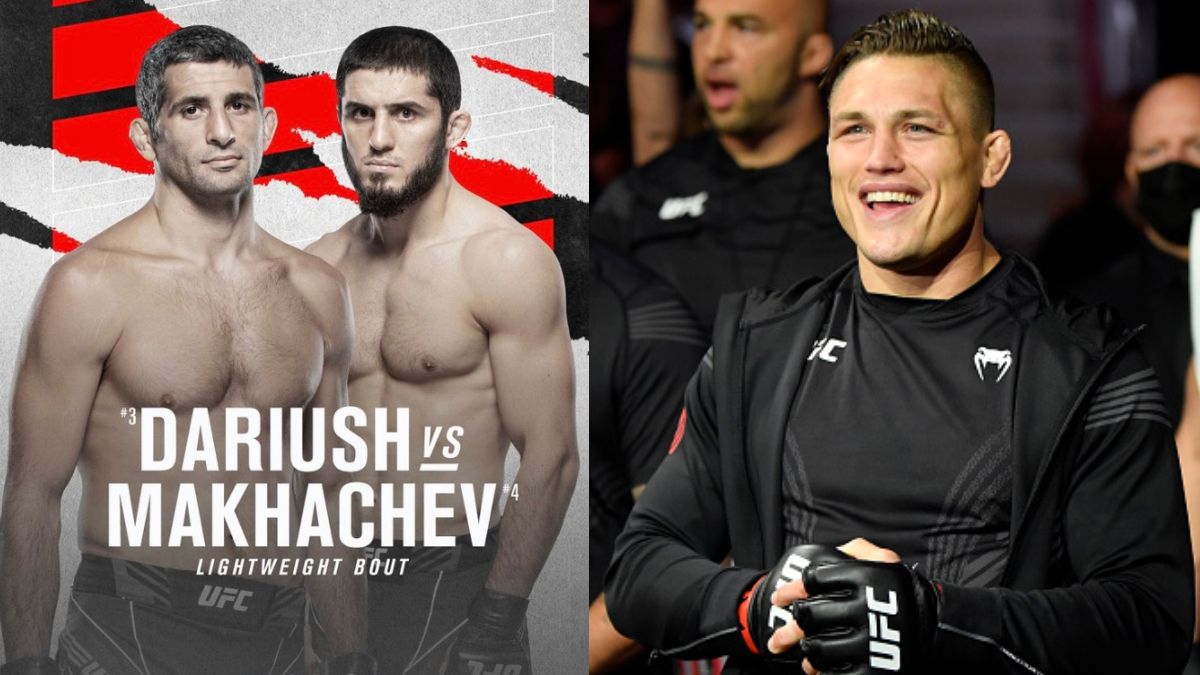