After speculation about his fighting future circulated last year, the Cowboy will ride again when Donald Cerrone meets Joe Lauzon at a UFC Fight Night event on April 30.

Following his TKO loss to Alex Morono at UFC Fight Night: Rodriguez vs. Waterson last May, many fans were wondering if Cerrone had fought in the Octagon for the last time. After all, that now made him winless in his last six fights, with four of those bouts ending via TKO.

UFC President Dana White addressed Cerrone’s future last year, indicating that he would allow Cowboy to move back down to lightweight for another fight but that a loss would mean the end of his legendary run in the UFC. We now know that this crucial bout will be against Joe Lauzon on April 30 based on a report Friday from MMA Junkie.

Like Cerrone, Joe Lauzon has also been competing in the UFC for over a decade. Making his Octagon debut in 2006, Lauzon has gone 15-12 during this run, with Fight of the Night performances against standouts like Jim Miller (twice), Michael Chiesa, and Kenny Florian. He also won a Performance of the Night over Diego Sanchez at the historic UFC 200 event in 2016.

Donald Cerrone’s most recent victory came against Al Iaquinta in 2019. The last time he won Performance of the Night was with his sick armbar victory over Mike Perry in November 2018.

With this bout set, the updated lineup for the April 30 Fight Night card is as follows:

What is your prediction for this fight between UFC veterans Donald Cerrone and Joe Lauzon on April 30? 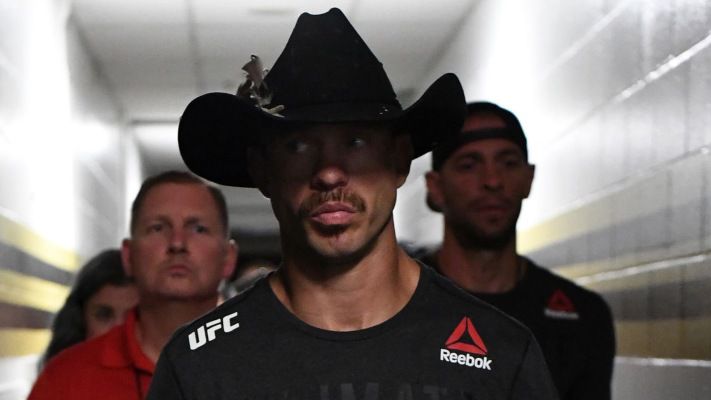