Dominick Cruz vs Pedro Munhoz In The Works For UFC 269 On December 11th
published on September 29, 2021
curated and posted by BRWLRZ Team

Former UFC bantamweight champion Dominick Cruz is back, and it seems he will be fighting Pedro Munhoz.

After dropping his title to Cody Garbrandt, Cruz dropped another bout to Henry Cejudo for the vacant title. However he returned to action in March to win a split decision over Casey Kenney, proving that he is far from washed up.

Now, it seems that the Dominator is returning for his second fight of the year, this time facing off against #9-ranked Pedro Munhoz. Sources revealed to MMAFighting that this fight is in the works to take place at UFC 269 on December 9th, with verbal agreements in place but no contracts signed just yet.

A fantastic bantamweight fight is in the works for Dec. 11 as former champion Dominick Cruz faces Pedro Munhoz, sources told myself and @DamonMartin. Story coming to @MMAFighting.

For Dominick Cruz, this will be the first time that he has fought twice in one calendar year since he recaptured the title from TJ Dillashaw in 2016, defended it against Urijah Faber, and then lost to the aforementioned Garbrandt. However, Pedro Munhoz will be looking to right the ship after dropping three of his last four, all of which to current former champions.

This bout is looking to be added to the stacked last pay-per-view of the year for UFC 269, which is confirmed to feature Amanda Nunes defending her bantamweight strap against Julianna Peña. Also on this card will be the flyweight title rubber match between Brandon Moreno and Deiveson Figueiredo.

This is by no means an easy fight for Dominick Cruz or Pedro Munhoz, but it will do a lot to show where each man is in their respective careers. Pedro will look to keep his spot in the top ten alive, while Dom hopes to show that he still has what it takes to hang with the top dogs in the super-stacked and ever-changing bantamweight division.

Who do you see taking the victory in this massive clash at 135lb? 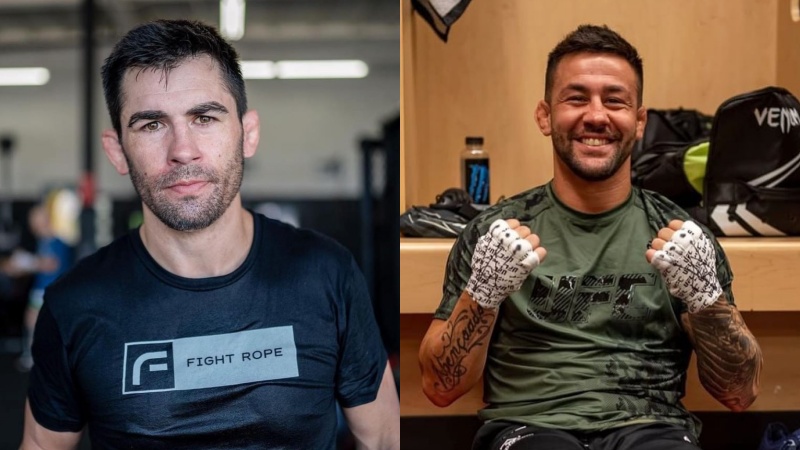