Dominick Cruz Says He Still Has Faith In Cody Garbrandt At 125lbs
published on December 15, 2021
curated and posted by BRWLRZ Team

UFC 269 was filled with amazing finishes and great performances from top to bottom. Two men who put on a show were Dominick Cruz and Kai Kara-France. Kara-France put a beating on former bantamweight champion Cody Garbrandt and could have ended his promising run in the flyweight division. Cruz, however, doesn’t believe that the KO should be the end of the road for Garbarandt.

“I know that Cody is a champion,” Cruz said during UFC 269 post-fight press conference. “Obviously, in his heart and mind. I think he will get back on track. He is still very young. Cutting down to 125 is, I don’t even know how that’s possible for him, but he made it work and he said it was easy so I think he’ll be fine. Just give the guy some time and let him find his bearings with his team or whatever he needs to find. I got nothing but faith in the guy.”

There is a history between these two. Back in 2016, it was Grabrandt that defeated Cruz and took away his bantamweight belt. There was quite a bit of animosity between the two of them leading up to the fight. During the fight, it was clear that Garbrandt was quite comfortable and began mocking Cruz with dance moves. Now, five years later, Cruz, coming off a win at 135 pounds, is coming to the defense of Garbrandt, who is now riding a two-fight losing streak.

Garbrandt decided to make the move down to 125 pounds in order to try his hand at another title. Now with the loss to Kara-France, the future is unknown for Garbrandt. Curz believes that he could still continue at flyweight, but perhaps he will move back up and find himself face to face with Cruz once more.

Do you think Cody Garbrandt should remain at flyweight desire his loss to Kai Kara-France? 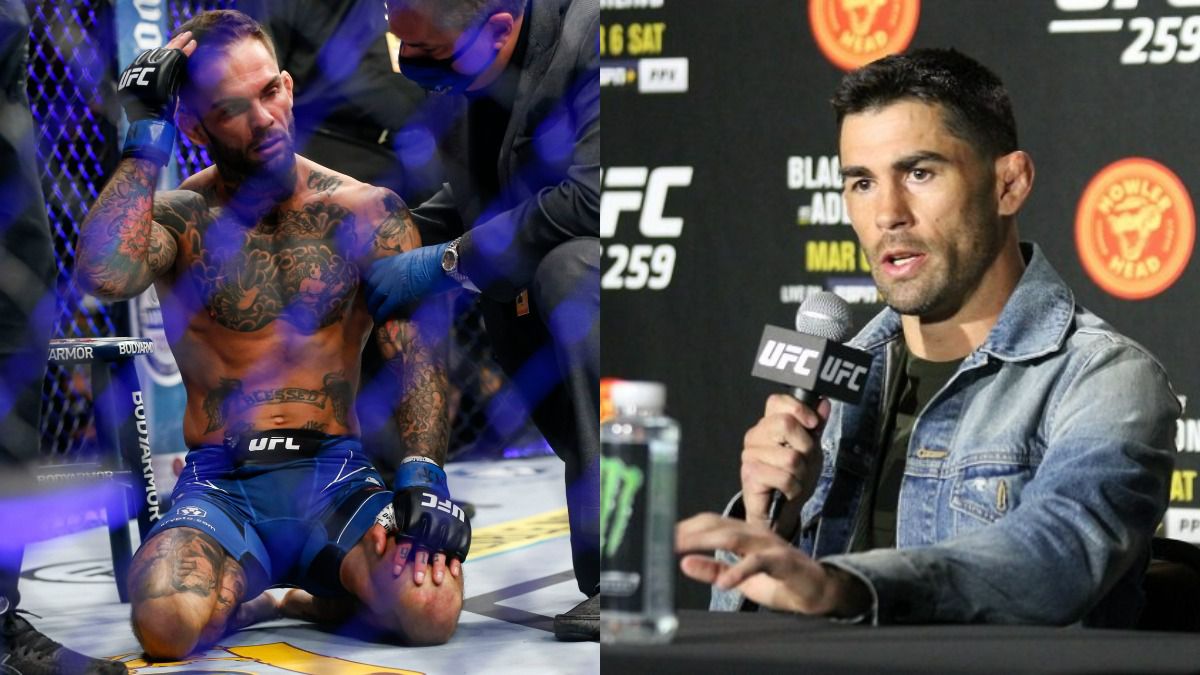