Dillon Danis No-shows Press Conference To Promote Fight With KSI; ‘He’s Petrified Of Me’
published on December 15, 2022
curated and posted by BRWLRZ Team 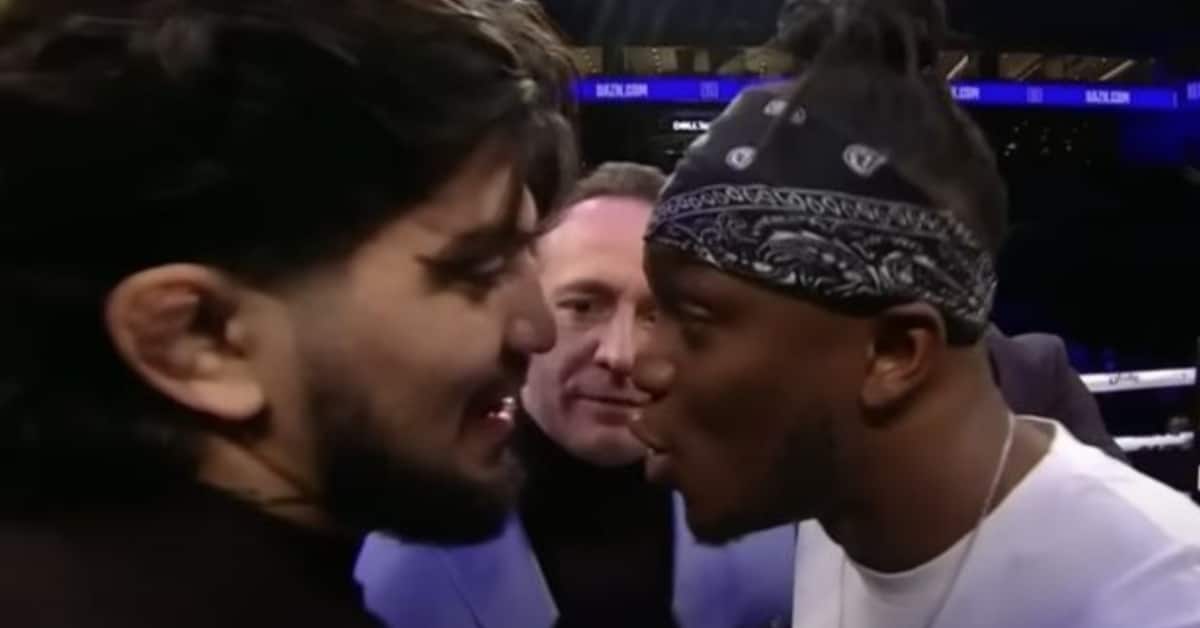 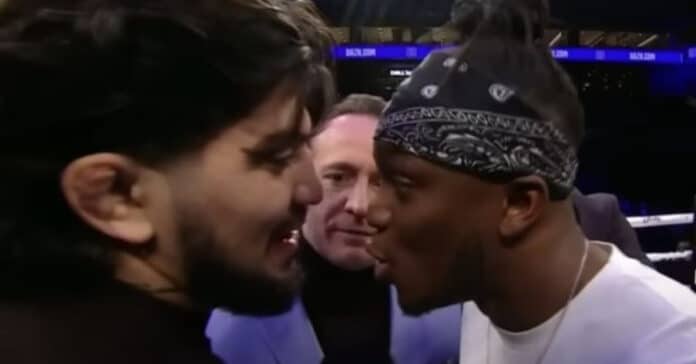 Emanating from the Wembley Arena in London, the two fighters are scheduled to headline MF and DAZN: X Series 004 on January 14th. KSI, whose real name is Olajide Olayinka Williams Olatunji, called Danis’ lack of attendance both disappointing and disrespectful to everyone else that arrived for the event.

“In terms of Dillon Danis not being here, I think it’s quite disappointing, disrespectful to me and everyone here expecting him to show up,” KSI said. “It’s not something I haven’t seen before.”

Kalle Sauerland, the event’s promoter, told attendees that Danis skipped the event to focus on training after “suffering a bout of influenza.” Danis was scheduled to appear via video, but that never occurred.

“I don’t know, maybe it’s my presence, maybe it’s just me in general, I’m so much of a scary guy. But I can understand that — I’m very disciplined, very focused, and if you look at my résumé, I don’t lose too many times. I think for Dillon, that’s probably seeping in. Yeah, I know he’s undefeated himself, but I think looking me in the eyes — even when we saw each other in Texas — I could tell it was a facade.

“He had to pretend that he’s bigger and stronger than he actually is, and it kind of shows not being here how little he really is, how small his mindset really is. He says I’m not a real fighter but I’m here. I’m always ready. And, as someone he says he is a real fighter, he has not made the plane trip to see me, and has not even made the Zoom call to see me, he’s terrified. He’s petrified of me. It’s disappointing.”

The bout with Dillon Danis will be KSI’s first professional boxing match since a 2019 split-decision victory over current WWE Superstar Logan Paul. He returned to the squared circle earlier this year, earning back-to-back knockouts against Brandon Scott and Luis Alcaraz Pineda on the same night in exhibition bouts. For Dillon Danis, the January 14th affair will be his first fight since scoring two wins under the Bellator banner between 2018 and 2019.

“Either way, when I do see him in the ring, he’ll understand all of the frustration and anger that I have for him for disrespecting me in this way will show Jan. 14,” KSI explained. “I’m a guy that whenever I’m focused, whenever I want something, I will get it no matter what. If anything, this makes me want to train harder, makes me want to do more than I already am doing, it makes me want to do more sprints, more bag work, more sparring, more of everything that I’m doing at such a high level.

“I’m ready for all things, whether it’s Dillon Danis, or it’s Tommy Fury, whether it’s Jake Paul or any of these guys, I am a different beast, and I will show it with all of these different fights that I do. It’s just a shame, honestly.

“I believe I’m all he thinks about and I’m in his nightmares — constantly terrorizing him, haunting him — and it’s making him slowly break down. It’s making break down, thinking, ‘Maybe I’m in over my head. When I see KSI in the ring Jan. 14, am I really to get in there with him?’ Is he the guy that’s going to beat me, I don’t think so.”