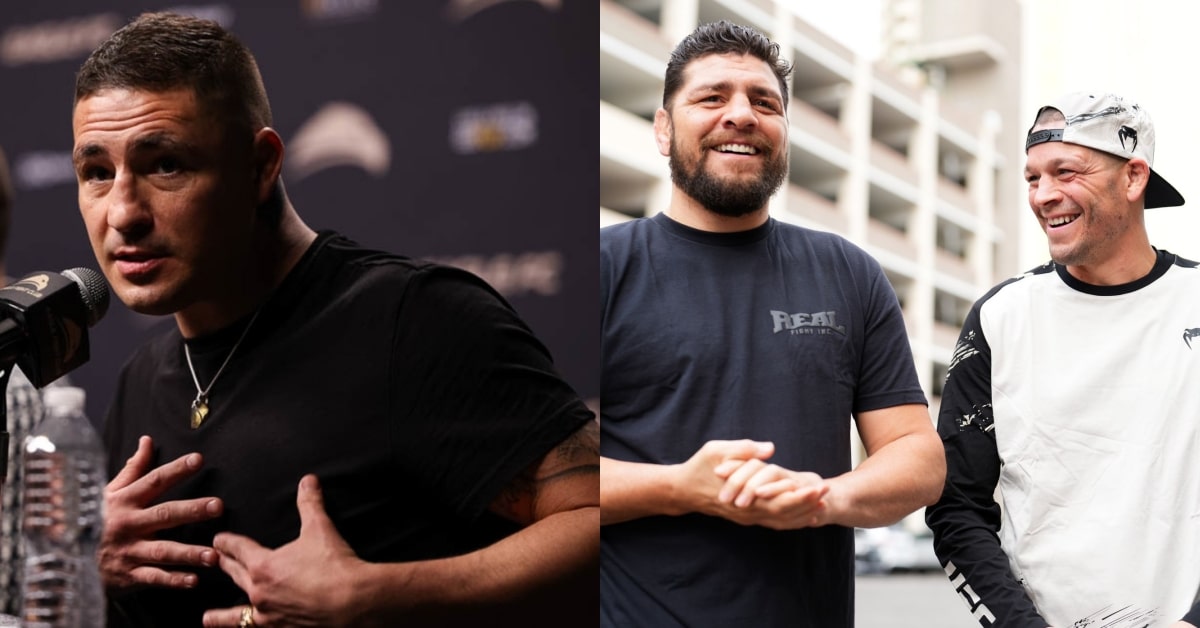 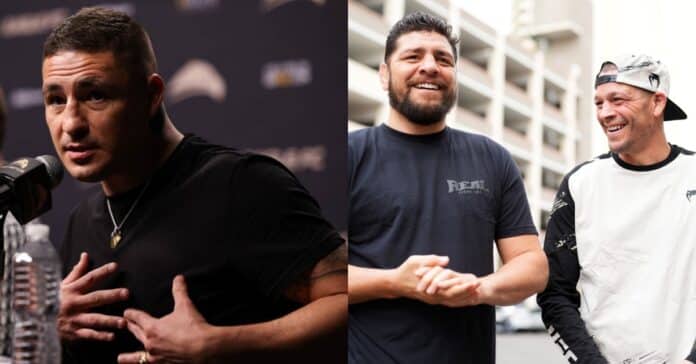 UFC lightweight and welterweight alum, Diego Sanchez has called for both Nick Diaz and Nate Diaz to make a move to bare knuckle fighting under the banner of BKFC (Bare Knuckle Fighting Championship) – with the former recently booking his promotional debut against former professional boxer, Austin Trout.

Sanchez, an alum of the UFC, most recently featured under the banner of the Dana White-led promotion back in September 2020, suffering a unanimous decision loss to Jake Matthews.

Recently, Sanchez, a native of New Mexico, was booked to make his promotional bow under the David Feldman-led BKFC banner – taking on former WBC lightweight champion, Trout in a highly-scrutinized pairing which has drawn criticism for it’s matchmaking.

Previewing his BKFC matchup with Trout, Sanchez revealed he would like to fight either Nate or Nick Diaz next, urging the Stockton favorites to make the transition to bare knuckle fighting.

“After this fight [with Austin Trout], I would love the Nate Diaz or Nick Diaz fight,” Diego Sanchez told The Underground reporter, John Morgan. “That would be the ultimate. The ultimate big money fight for me and the Diaz army.”

“All the gangster sh*t, the real gangsters take the gloves off, homie,” Diego Sanchez explained. “You know, there ain’t no gloves in the street, Nick and Nate. I know you wanna make your money, so it’s all good, I ain’t gonna get disrespectful or anything. I know they’re just making money, like all of us, as warriors in this sport.”

Without a victory since a homecoming event at UFC Fight Night Rio Rancho back in February 2020, Sanchez managed to land a disqualification win over Michel Pereira after he was on the receiving end of a third round illegal knee which left him unable to continue.