Derrick Lewis vs. Chris Daukaus In The Works For December Showdown
published on September 28, 2021
curated and posted by BRWLRZ Team

Derrick Lewis has every intention of ending 2021 on a high note when he returns to face rising heavyweight contender Chris Daukaus.

As first reported by ESPN late Monday evening and per Dana White, Derrick Lewis will soon have an opportunity to bounce back from his hometown defeat to Ciryl Gane at UFC 265 last month. To do so, he’ll have to get past an opponent who has yet to lose in the UFC, Chris Daukaus. The date listed in the report is December 18, but this may change, as Daukaus’ management has stated that they have requested more time.

Philadelphia Police officer and full-time bruiser Chris Daukaus is 4-0 in the UFC, with all four victories being KO/TKOs. His opponent, Derrick Lewis, knows a thing or two about knockouts, being that he is the current record holder of them in the promotion. All but one of Daukaus’ total career wins have also been knockouts, so that lets you know what kind of bangs we are in store for when we get The Fourth in December by way of these heavyweight fireworks.

Daukaus’ most recent victim was claimed this past weekend at UFC 266, with the Philadelphian knocking out Shamil Abdurakhimov in the second round. As it happens, Lewis also holds a KO victory over Abdurakhimov as well.

If this bout does wind up on the December 18 card, here is the current lineup for the event:

Who do you think will win this heavyweight banger? Derrick Lewis or Chris Daukaus? 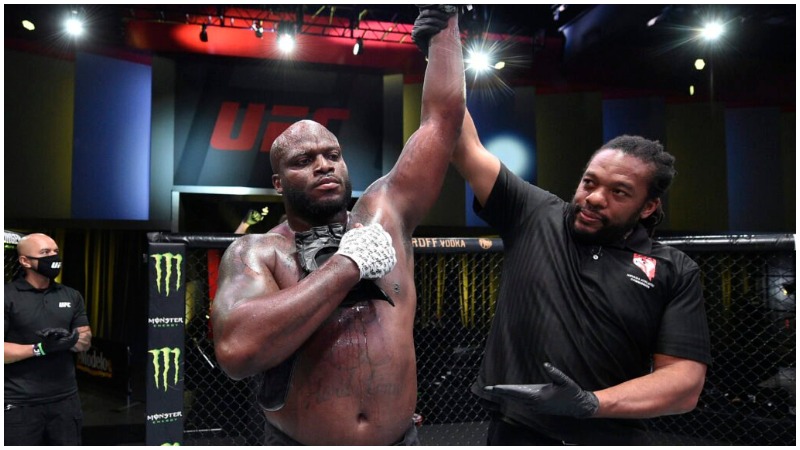