UFC heavyweight contender Derrick Lewis is hoping to book an Octagon meeting with Stipe Miocic when he faces Chris Daukaus this weekend.

Despite his recent setback, Lewis is seemingly as eager as ever to throw down inside the cage. “The Black Beast” opened his year with one of the most brutal knockouts of 2021. In a February main event, he slept top contender Curtis Blaydes with a vicious uppercut. Given his prior wins against Aleksei Oleinik, Ilir Latifi, and Blagoy Ivanov, Lewis had set himself up for a title shot.

After Francis Ngannou‘s inability to make the Houston-held UFC 265 pay-per-view in August, Lewis had to settle for an interim title fight against surging Frenchman Ciryl Gane. The hometown hero story didn’t play out that night, with the 36-year-old falling in the third round after failing to connect with “Bon Gamin” much during the contest.

Keen to re-enter the win column, Lewis will fit a third fight into a year for the first time since 2018 when he collides with rising heavyweight Chris Daukaus in Saturday’s UFC Vegas 45 main event.

Lewis Targets “One Of The Best Of All Time”

While he’s certainly got a stiff test in front of him in Las Vegas this weekend, Lewis isn’t one to shy away from looking into the future. He did exactly that during UFC Vegas 45 media day on Wednesday.

Lewis discussed his aspirations for 2022 if he can secure a rebound victory against Daukaus. After stating he’d like to be back fighting for gold by the end of the year, “The Black Beast” suggested he can arrive there by facing and beating “one of the best of all time” in Stipe Miocic, who, despite their long tenures in the UFC, Lewis has never faced.

“I would like to fight for the title at the end of next year,” Lewis said. “That would be great. You know, get through Daukaus, God willing, I come out with the win, I would like to fight Stipe next. I believe he’s top five, so I believe that I should be fighting top-five guys in the division. Nothing against Stipe or nothing like that.

“You know, I don’t feel like I have nothing to prove. It’s just a guy that I’ve never fought. I know he’s like one of the best of all time. You know, I ain’t shit, so I just want to just fight him just because. That’s all. No disrespect or anything like that.” (h/t MMA Junkie)

Of course, to build a path to Miocic, Lewis will have to get past Daukaus, who will be no easy task. The 32-year-old has gone 4-0 in the UFC since arriving in 2020. After first-round knockouts against Parker Porter, Rodrigo Nascimento, and Aleksei Oleinik, Daukaus jumped up the rankings with a mightily impressive second-round TKO against Shamil Abdurakhimov at UFC 266.

Nevertheless, Lewis’ power will be the dangerous threat it always is, and “The Black Beast” will be hoping to KO his way to the consensus heavyweight GOAT tomorrow night.

How do you think a fight between Derrick Lewis and Stipe Miocic would play out? 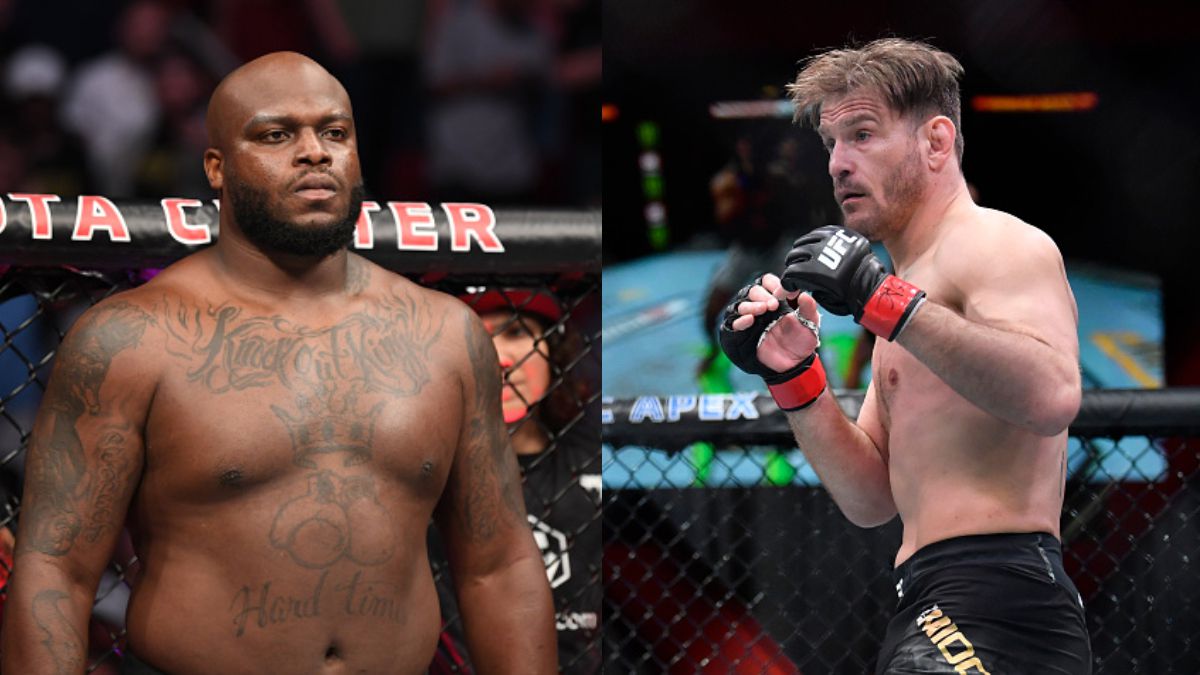