UFC heavyweight contender Derrick Lewis has revealed the business aspiration he’s looking to pursue in the near future.

Like many athletes on the UFC roster, Lewis wants to balance his Octagon activity with ventures outside of fighting. In terms of his performances inside the cage, “The Black Beast” had a mixed bag in 2021 but added two brutal knockouts to his collection and ended the year in style.

In his first appearance, Lewis took out top contender Curtis Blaydes, who was rendered unconscious by a vicious uppercut as he changed levels. That performance cemented the 36-year-old’s championship opportunity, which came in the form of an interim title bout against Ciryl Gane after Francis Ngannou‘s inability to make the UFC 265 date.

In front of his hometown Houston crowd, Lewis was picked apart and finished in the third round by “Bon Gamin.” But despite the disappointment of that result, Lewis was quick to bounce back, closing out the UFC’s account for 2021 by sleeping Chris Daukaus in the final main event of the year.

Lewis: From KO Artist To Businessman

While Lewis’ record-breaking KO on December 18 provided an impressive and immediate rebound from his August setback, it also provided the New Orleans-born powerhouse the type of matchup he’s targeting for the rest of his Octagon career: fun and pressure-free contests.

With that in mind, it seems like the perfect time for Lewis to balance his fighting career with his ambitions outside the cage, especially with his title aspirations seemingly in the past.

Fighter-owned businesses are nothing new. Perhaps the best example of an athlete harnessing their name, popularity, and wealth to create success in the business world is Conor McGregor. As well as his lucrative Proper No. Twelve Irish Whiskey brand, which he, along with his co-founders, sold the majority stake in for $600,000 last year, the Irishman has dipped his feet in the clothing business with August McGregor and the fitness industry with McGregor Fast.

Elsewhere, McGregor’s arch-rival Dustin Poirier boasts a successful hot sauce brand, while rising bantamweight star Sean O’Malley is looking to break into the marijuana business. Lewis has now revealed his own ambitions, and it’s perhaps not what most would expect.

During a recent appearance on Ariel Helwani’s The MMA Hour, “The Black Beast” announced his intention to explore the business world, naming the creation of a vintage clothing line as his ultimate aim.

“I’m just trying to open up more businesses,” said Lewis. “Also, I wanna do like, a clothing line store, as well. Like, sell vintage clothing and stuff like that. We’ll see how that goes.

While he still has knockouts on his mind and is hoping to send Stipe Miocic to dreamland at some point in 2022, Lewis appears to have a clear plan for the future.

In an era where the discrepancies between fighter pay and the remuneration of other athletes is being increasingly highlighted, we’ll likely see a number of UFC stars testing the waters of various businesses moving forward.

Would you buy from a Derrick Lewis-owned vintage clothing store? 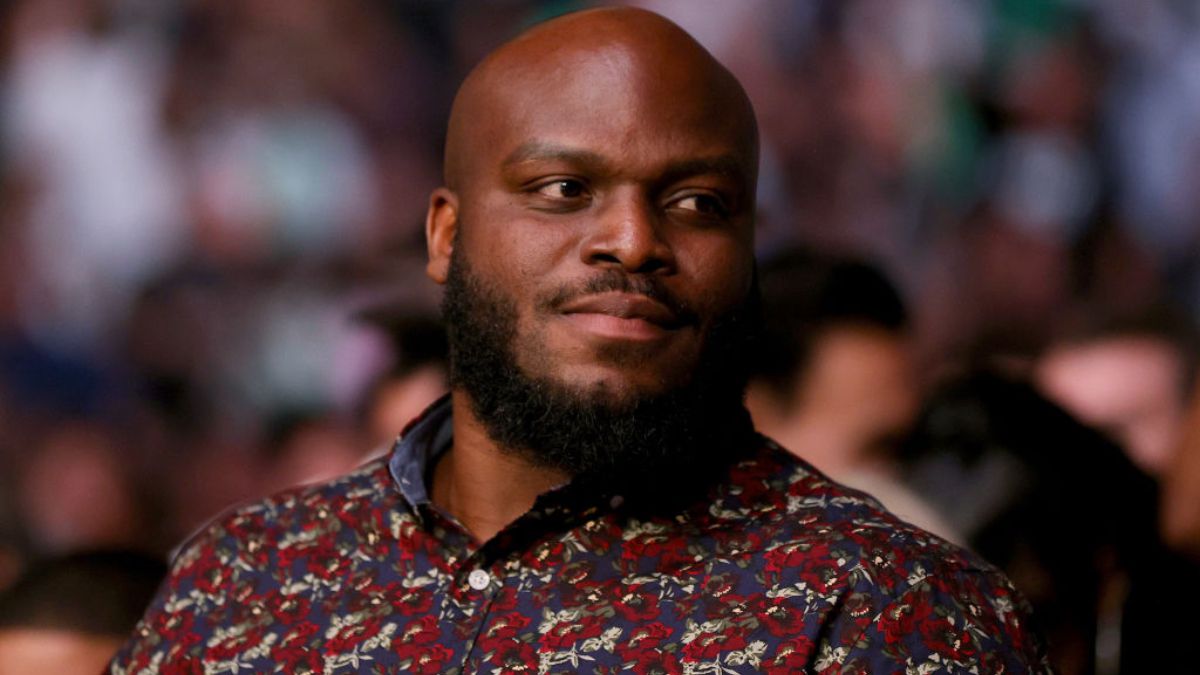