Dern: Namajunas Will Have All The Answers To Zhang At UFC 268
published on November 5, 2021
curated and posted by BRWLRZ Team

Namajunas is set for the first defense of her second title reign in this weekend’s co-main event. Inside New York City’s prestigious Madison Square Garden, “Thug Rose” will be competing in a rematch with her third successive opponent.

After dethroning Joanna Jędrzejczyk in 2017, the Wisconsin native defeated the Polish star again five months later. Having lost the belt to Jéssica Andrade in 2019, Namajunas then ran it back with the Brazilian a year later in Abu Dhabi. She’ll now face former champion Zhang for the second time in 2021.

The pair previously collided at UFC 261 in April. Namajunas was aiming to become the first women to defeat “Magnum” since 2013. The Chinese star had built a 21-fight winning streak and held the strawweight gold at the time. She reached the strawweight mountaintop through a 5-0 UFC record that included a title crowning against Andrade and a Fight of the Year defense against Jędrzejczyk.

Just over a minute into the very first round, Namajunas landed a flush left head kick that sent Zhang to the mat. After some follow up strikes, Keith Petersen waved the fight off and “Thug Rose” became the first woman in UFC history to regain a title.

Despite the incredible form of the division’s inaugural champ Carla Esparza, the UFC opted to grant Zhang an immediate rematch. With a new haircut, a new focus, and some new teammates in Henry Cejudo and Deiveson Figueiredo, “Magnum” will be looking to have gold wrapped around her waist again on November 6.

But like many, #5-ranked contender Mackenzie Dern isn’t expecting to see Zhang become the second female fighter to regain gold in the UFC. Speaking to MMA journalist James Lynch, the Arizona-born Brazilian gave her prediction for Saturday’s co-main event. While she expects the contest to see more action than their first clash, Dern believes Namajunas will have all the answers to Zhang’s attack.

Despite falling out of title contention with a main event loss to Marina Rodriguez last month, Dern is still only 28 and possesses championship aspirations. Having jumped back into the division’s top five following Jędrzejczyk’s removal due to inactivity, Dern will have a close eye on this weekend’s title fight.

Do you agree with Mackenzie Dern? Will Rose Namajunas leave Madison Square Garden with the strawweight gold? 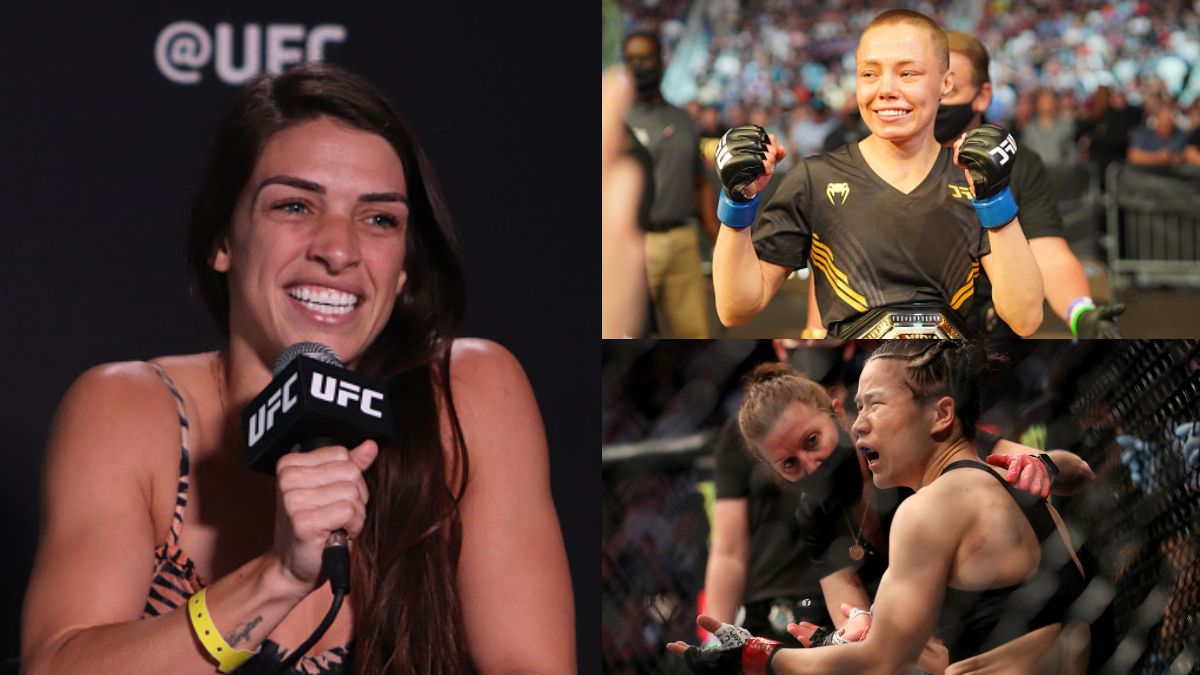