Kevin Holland will be headlining his first UFC event when he takes on Derek Brunson on March 20.

As reported by ESPN, there is a verbal agreement in place for Kevin Holland and Derek Brunson to fight on March 20. Earlier today, Holland volunteered to fill in for Khamzat Chimaev to fight Leon Edwards on January 20. Knowing Holland, that offer still stands, and he would love to turn around and fight Brunson in March after fighting Edwards, but now that we know Holland is scheduled in a headliner, you can expect March to be the next time you see the “Trailblazer” in action.

Two months may be an excruciating wait for Holland, as he has grown accustomed to fighting within two months for his last three fights. Holland was able to go 5-0 in 2020, with wins over Anthony Hernandez and Joaquin Buckley to kick off the year, and then running off three quick-turnaround wins over Darren Stewart, Charlie Ontiveros, and Jacare Souza most recently at UFC 256.

Following Kevin Holland’s UFC 256 victory, his preferred choice for his next opponent was Derek Brunson. Holland claimed that Brunson’s style of striking was so disgraceful to the sport that it warranted Brunson getting beat up. Brunson quickly signed off on the idea and the back-and-forth between the two will likely heat up in the coming weeks ahead of their showdown in March.

Derek Brunson is currently ranked #7 in the middleweight division and is on a three-fight winning streak. He most recently handed big prospect Edmen Shahbazyan his first defeat in August to help earn his current spot in the rankings. Meanwhile, Kevin Holland is ranked #10. The winner of this fight will quite possibly be looking at a top-5 opponent for their next fight after extending their winning streak.

There is currently no venue or other bouts announced for the event.

Who do you predict will win this middleweight battle between Kevin Holland and Derek Brunson on March 20? 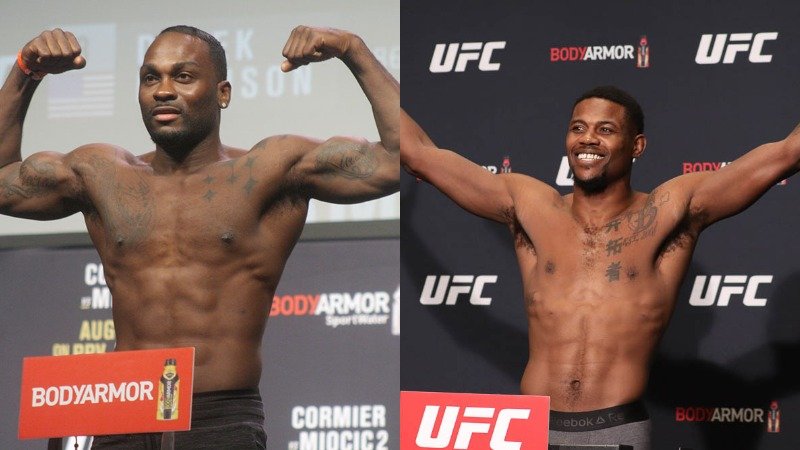