Derek Brunson vs. Jared Cannonier Booked For UFC 270 In January
published on September 28, 2021
curated and posted by BRWLRZ Team

It sure looks like we’ve got ourselves a middleweight title eliminator on our hands when Derek Brunson faces Jared Cannonier at UFC 270.

MMA Junkie was the first to report the news of this bout on Monday morning. There currently is not a location or venue selected for the event.

The middleweight movement may be delayed at the moment, but that will soon change in January. Not only is the championship rematch between Israel Adesanya (c) and Robert Whittaker targeted for the same UFC 270 pay-per-view, but this clash between top contenders is now confirmed for the same event. Barring the unexpected, this match will be widely viewed as a #1-contender bout to determine who faces the winner of Adesanya/Whittaker 2.

Brunson began teasing the news of a big fight announcement moments before the news broke, with Blonde Brunson trolling fans into believing he might have signed on to face Adesanya in a rematch:

BIG FIGHT news . I got the fight I wanted . I sent that contract back in 30 secs

“BIG FIGHT news. I got the fight I wanted. I sent that contract back in 30 secs,” Brunson tweeted, knowing his fans are well aware of his earlier proclamation that he’d sit out for a title shot.

Based on the above headline, Adesanya’s coach Eugene Bareman was in on the fun also, as we now know that Brunson is not “next” for Israel Adesanya at all.

Both Brunson and Cannonier have compelling arguments for a title shot. In Brunson’s case, he is currently riding an impressive five-fight winning streak, including most recently finishing former UFC title challenger Darren Till earlier this month. For Cannonier, he was victorious in a bout last month in defeating Kelvin Gastelum, thus making it four wins out of his last five fights.

MMA News will keep you updated on any additional updates on the UFC 270 lineup.

Who do you think will emerge victorious in this middleweight title eliminator between Derek Brunson and Jared Cannonier? 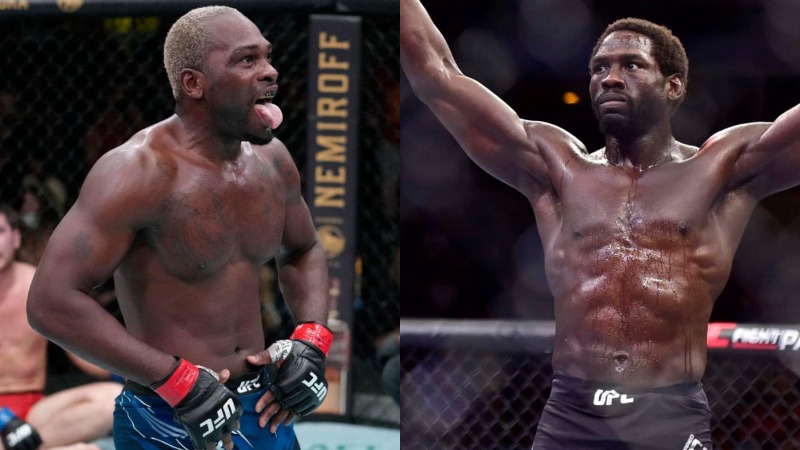