Derek Brunson Tries to Entice Jake Paul Into A UFC Fight
published on September 25, 2021
curated and posted by BRWLRZ Team

Derek Brunson is the latest on a long list of MMA fighters calling out Jake Paul, but he has a different idea.

Derek Brunson is looking for the biggest fights possible. He has been calling for a title shot against Israel Adesanya but could be entertaining a different opponent. After he was called out by YouTuber turned boxer Jake Paul, he seems interested. Paul is a huge draw and a fight with him brings big money, but Brunson isn’t ready to just jump into a boxing match. He has a new kind of idea to bargain with Paul.

“Blonde Brunson doesn’t lose,” Brunson wrote on Twitter. “I adapt to any environment. I outsmart & outwit then brutalize fighters. @jakepaul come to the @ufc
for one fight, we can make whatever rules you want in a contract, then I’m sure
@danawhite will loan me for a boxing match!”

Paul has been making it a rule up to this point to only face MMA fighters in the boxing ring. Although Paul has expressed that he was ready to move on from retired UFC fighter, he may just be moving to current fighters. Brunson wants to make the battle more even by inviting Paul into a UFC bout first.

The likelihood that Paul will take Brunson’s challenge is unlikely. Just as unlikely is the fact that Dana White will let a fighter out of their contract to go and box. White and Paul have had their issues and arguments in the past. White letting Paul in the UFC for one fight is a slim option at any point.

Those MMA fighters who have faced Paul say that it is the most money they have ever made in a fight. If that is truly the case then who can blame Brunson for trying?

Do you think Brunson should be trying for a fight with Paul, or continue to try for a UFC title shot? 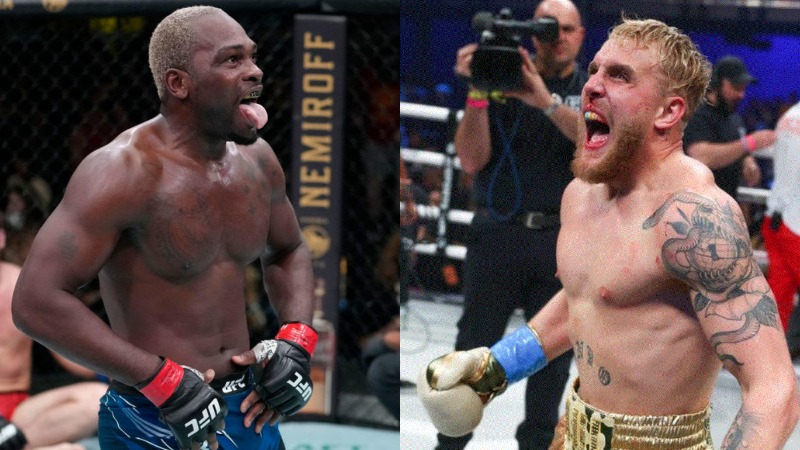