Derek Brunson doesn’t believe Darren Till actually had a torn ACL before their fight.

Brunson and Till headlined a Fight Night card on September 4 where Brunson dominated the fight en route to a third-round submission. After the fight, Till’s coach, Colin Heron revealed Till tore his ACL.

“It happened about nine weeks out, wrestling,” Heron told ESPN. “We got it scanned, looked at properly. The results came back as a completely torn ACL. So, he’s out, isn’t he? That was the advice from me and the doctors. Rest. You can’t do nothing. Surgery is a must. No running, no fast movement, no impact.

“Darren being Darren, he said, ‘Can we give it two weeks and see if I can start running and hit pads?’ And I’m like, ‘No, not really. A torn ACL doesn’t get better by itself. You’re talking surgery and then six months of rehab alone.’ But before you know it he’s talked me into it, as he does. I’ve really only got one option then: support him, whatever his decision is. If he’s not going to take my advice, I’ve got to stick with him. I can’t disown him. We made the best of it that we could.”

Now, Derek Brunson has responded to the comments where he doesn’t think Till actually had a torn ACL as he was doing squats just two weeks before the fight.

“Listen, I don’t care about none of that. Till is the pull-out king. If he was that injured, he would have pulled out,” Brunson said on the MMA Hour (via Liverpoolecho). “Till was doing hang cleans and squats and deadlifts like two weeks ago. He didn’t tear his ACL. And he never said that; that’s what his coach said.”

Whether or not Till actually has a torn ACL is uncertain. Regardless, Brunson got his hand raised and he will now fight Jared Cannonier at UFC 270.

Do you think Darren Till had a torn ACL? 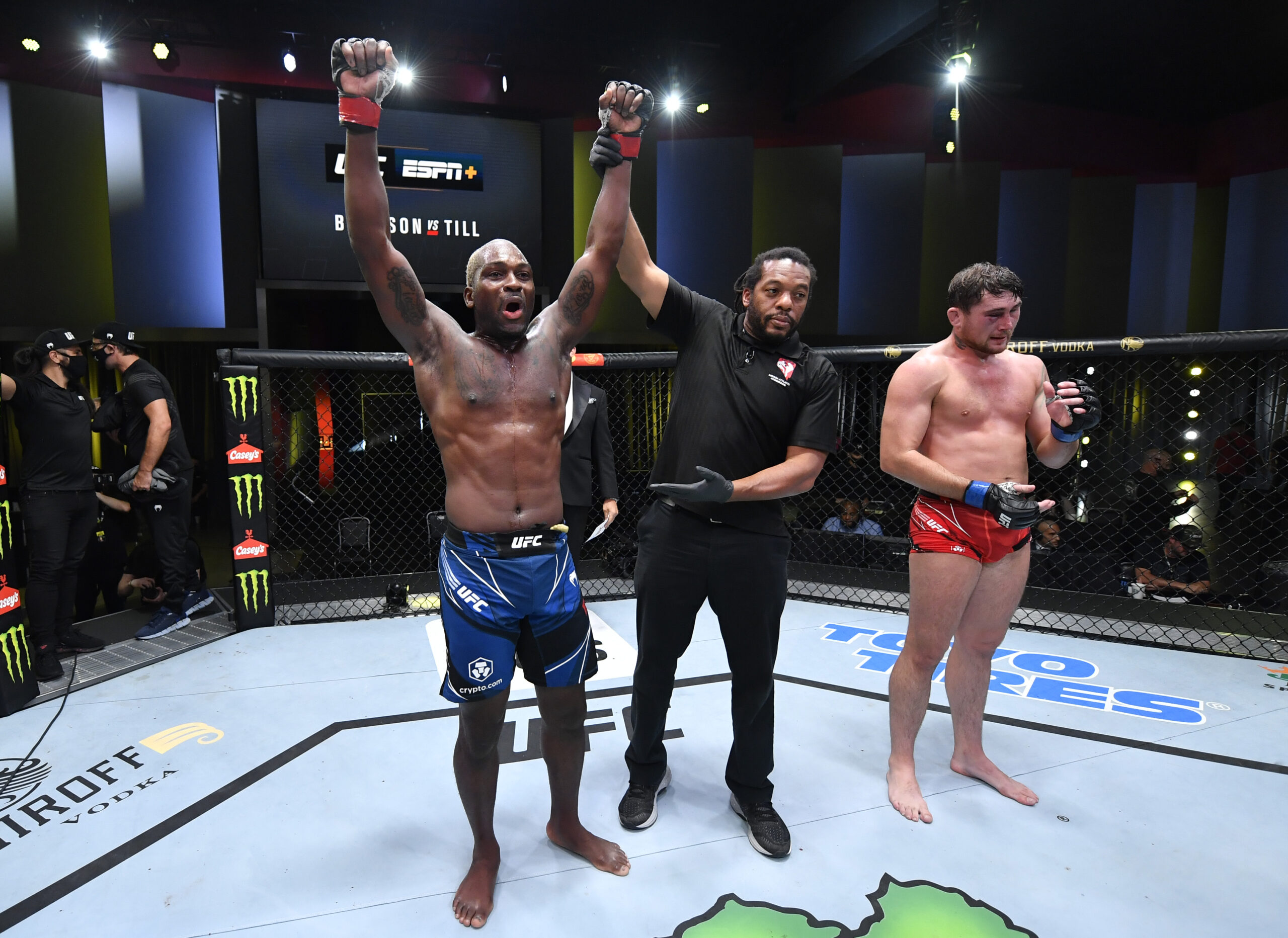