Derek Brunson is challenging Mackenzie Dern after the strawweight insisted that women have to prove themselves in MMA more than their male counterparts.

As her headlining act against Marina Rodriguez approaches, Dern is ready to put her top five ranking on the line. Ahead of her fight, the 115-pound fighter believes there are some issues that men do not contend with as professional athletes. The Brazilian-American suggests that ‘beautiful’ female MMA fighters handle increased pressure since they attract a wider audience.

“You always have to prove yourself,” Dern said to MMA Fighting. “You see men, if men are pretty in people’s opinion, men make fun of them, ‘He’s not that good.’ But women, no, they say, ‘Let’s all watch her fight because she’s beautiful.’ We go through that, you have to prove yourself even more.”

The 28-year-old admits after announcing her pregnancy she lost thousands of Instagram followers. In addition, the strawweight even said she lost sponsors after the fact. Dern believes the pervasive issue will continue but chooses to represent herself as a mother, wife, and fighter instead of being exploited just for her looks.

“I’m still trying to grow [my fanbase] among women, but I think that’s coming naturally as I represent myself as mother, wife, and fighter,” she said. “But still, I lost 50,000 followers fast when I announced my pregnancy, and 80,000 total until my next fight, but that has definitely changed. Dern continued. The MMA [community] has more men than women so it’s impossible to have more women than men [as followers].”

After hearing Dern’s comments about the MMA community, the #4-ranked middleweight Derek Brunson chimed in and gave his thoughts on the perceived double standard.

“*even less* Hespect ! Never have I ever seen a “beautiful mma women” with less than 500k followers” Brunson posted.

It appears the middleweight simply isn’t convinced by Dern’s argument. Brunson currently has 248K Instagram followers compared to Dern’s 961K. While the double standard may indeed be present, Brunson’s comment suggests that, so far, it has only helped women build their brands as professional MMA fighters.

What do you make of Dern’s assertion of a possible double standard in MMA? 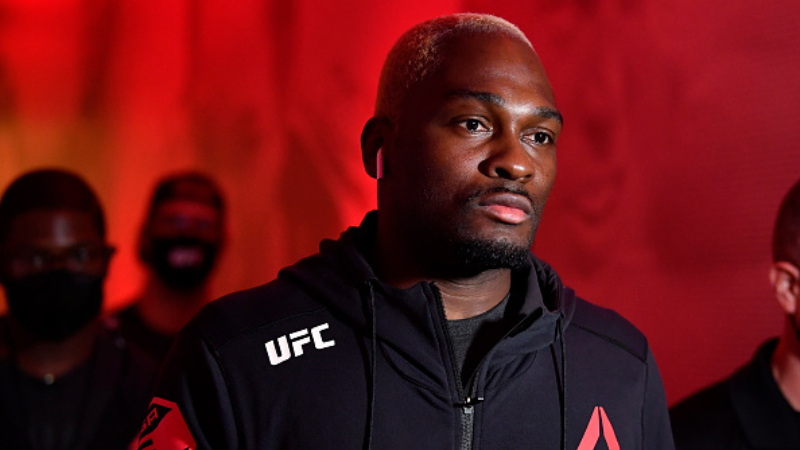