Figueiredo and Jones both have a common acquaintance in Henry Cejudo, who has been very active as a coach, training partner, and mentor to his peers in recent weeks. Two examples of this can be found in the assistance and advice he’s lent to Figueiredo as well as former strawweight champion Zhang Weili.

Recently, Cejudo welcomed the troubled Jon Jones out to the Fight Ready gym in Arizona as well, with the Olympic gold medalist vowing to hold Jones accountable and thus get and keep him on the right track henceforth.

“Legends look out for each other. ~Henry Cejudo” Jones posted on Instagram Sunday in the latest update of his time at Fight Ready.

Over the weekend, Jones would make a new friend at the Arizona-based gym, another former UFC flyweight champion, Deiveson Figueiredo. Figueiredo posted his first meeting with the former light heavyweight king, which proved that even “The God of War” can be a fan at heart, especially when it comes to a legend of the sport like Jones.

“I’m a big fan of yours, I made a dream come true, to meet you in person my brother, thank you for being this humble man 100% @fightready,” Figueiredo posted.

“Amazing hanging out with you and the team today killer, see you soon,” Jones responded in the comments section.

Both Jones and Figueiredo have big plans for 2022. Figueiredo will attempt to reclaim his flyweight title when he faces Brandon Moreno in a trilogy bout at UFC 270. Meanwhile, Jones is expected to make his heavyweight debut at some point next year, potentially in the first quarter.

Do you think Jon Jones and Deiveson Figueiredo will both hold UFC gold in 2022? 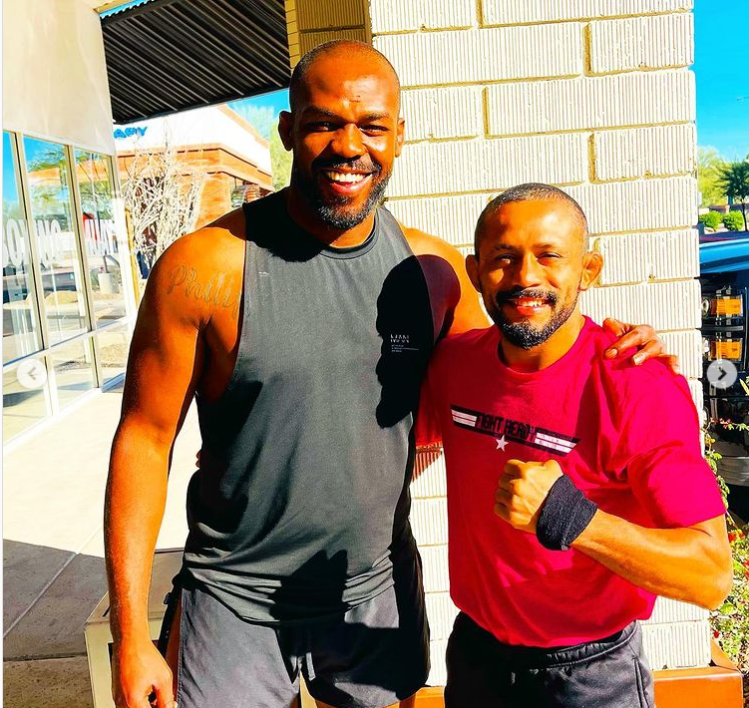