David Portnoy Recalls His Online Spat With Justin Gaethje: “He Threatened To Beat Me Up.”
published on January 9, 2023
curated and posted by BRWLRZ Team 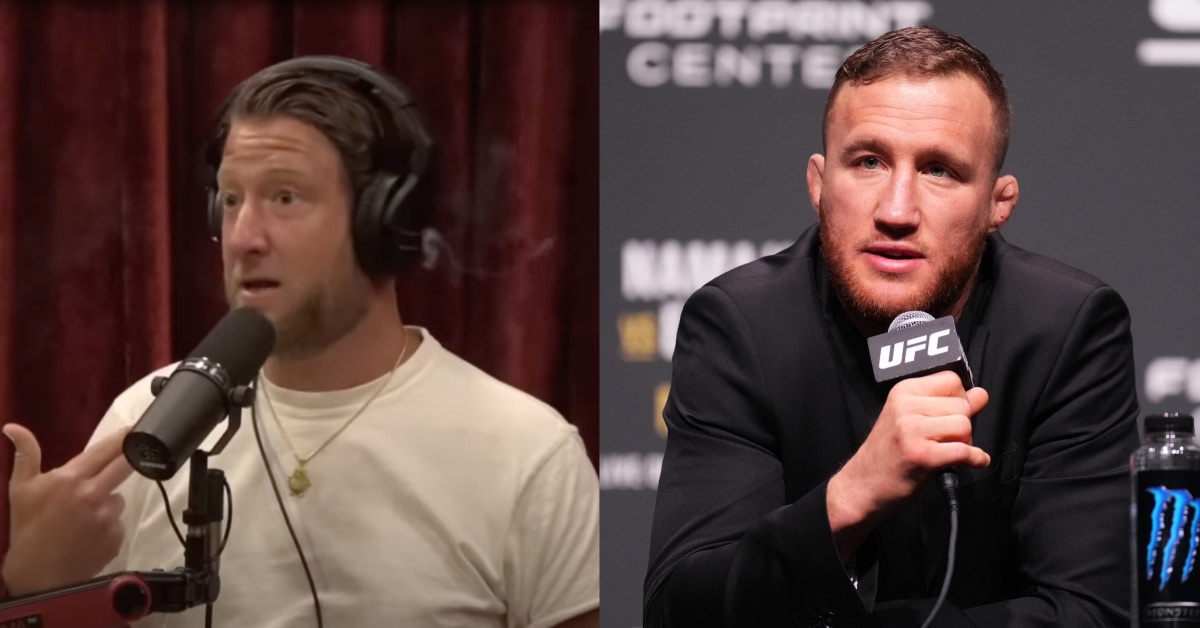 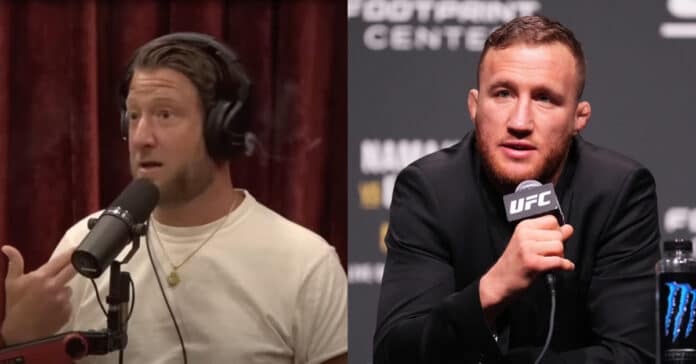 David Portnoy has recalled his recent back-and-forth with UFC lightweight Justin Gaethje (23-4 MMA) whilst on the ‘Joe Rogan Experience’ podcast earlier this week.

The Barstool founder has been doing the rounds within the Mixed Martial Arts community ever since signing the popular fan favorites Paddy Pimblett (20-3 MMA) and Molly McCann (13-5 MMA) to exclusive content creator this past year.

Portnoy has been an avid supporter of them both and has been seen cage-side for both of the pair’s recent fights.

While Molly McCann’s latest outing against Erin Blanchfield (10-1 MMA) didn’t go as planned at UFC 281. The 45-year-old was in attendance to lead the cheers for Paddy Pimblett as he co-headlined against Jared Gordon (19-6 MMA) in the last pay-per-view of the year at UFC 282 in Las Vegas.

Despite a controversial decision victory for ‘The Baddy’, the scouser was in full voice following his win shouting to UFC President Dana White for Fight of the Night honors in the immediate aftermath.

David Portnoy continued his support for Pimblett by echoing the chant for the fight of the night whilst walking Pimblett backstage as well as on social media, which didn’t sit too well with a lot of fighters including the former UFC lightweight champion Justin Gaethje.

Following this week’s episode of the ‘Joe Rogan Experience’, David Portnoy recounted what was the cause of his Twitter beef with Gaethje.

“[Gaethje] threatened to beat me up,” Portnoy exclaims.

“That’s not saying much. Your producer could beat me up. That’s not much of a threat. I’ve never been in a physical altercation in my life.”

“He [Gaethje] got mad at us. He’s like, ‘You’re trying to steal money from the actual fighters who won fight of the night.’ We’re like no we didn’t … People littered the comments that he was out with a third-world dictator [Ramzan Kadyrov]. So, I hit him back with that. We just said Paddy was fight of the night, you were out with the dictator, one of the worst guys on the planet.”

People are telling me @Justin_Gaethje was recently seen hanging out with a warlord accused of brutal crimes against humanity so its hypocritical for him to say we look bad for supporting Paddy when he supports a warlord. I’m gonna take high road + not mention it. #daveyhighroad https://t.co/TiuBhAnnrp

This past November, Gaethje was spotted in Chechnya alongside fellow UFC fighters Kamaru Usman and Henry Cejudo. The Trio was reportedly where there at the invitation of Chechen dictator Ramazan Kadyrov.

During the pair’s social media spat, Justin Gaethje denied the claims of meeting with Kadyrov, instead claiming he was there after accepting an invitation to a birthday party for the warlord’s son.

Joe Rogan responded comically warning David Portnoy it’s probably best not to antagonize the most violent man in MMA. Although, Rogan isn’t too concerned for Portnoy’s safety if the two ever met in person.

What do you make of the back-and-forth between David Portnoy and Justin Gaethje?