Darren Till Accepts Khamzat Chimaev’s Proposal To Train Together
published on November 23, 2021
curated and posted by BRWLRZ Team

Darren Till is impressed with Khamzat Chimaev and has accepted Borz’s offer to train together.

Over the past couple of months, Till and Chimaev have joked around with one another. They did an Instagram Live where they joke they would fight one another and both of them said they’d smash the other. Chimaev also offered to train Till, and after seeing the Swede’s win over Li Jingliang, Till was convinced.

Not only does Till think Chimaev is the real deal, he also thinks the Swede should fight Gilbert Burns next.

“Khamzat is the real deal. He’s very good. Is he as good as he thinks or as people say? I don’t know. Is he going to be a world-beater? I don’t know,” Till said on Michael Bisping’s podcast (via Sportskeeda). “Like I would actually want to get out there and do some training with him or him come to me. I think he’s a legitimate contender. But Gilbert Burns is a monster. That’s a good fight. That’s a very good fight.”

Although some have been critical of Chimaev’s quality of opponents as he has only fought one ranked opponent. However, for Darren Till, he says that is not Khamzat Chimaev’s fault, as not many ranked welterweights want to fight him.

Darren Till is coming off a submission loss to Derek Brunson back in September. It was his second loss in a row after dropping a decision to Robert Whittaker back in July of 2020 in a highly-anticipated bout.

Chimaev’s offer to train Till was made in an effort to help Till improve his wrestling skills. Chimaev’s wrestling ability was on display over the weekend in a match against Jack Hermansson in which Chimaev was victorious.

Do you agree with Darren Till’s assessment of Khamzat Chimaev? 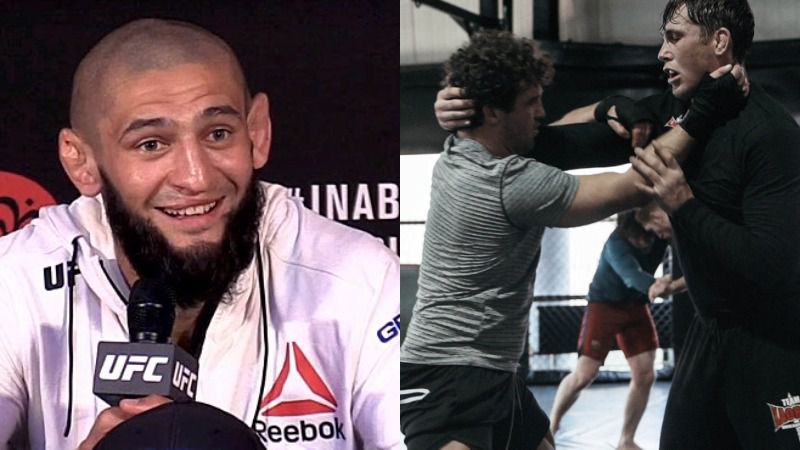