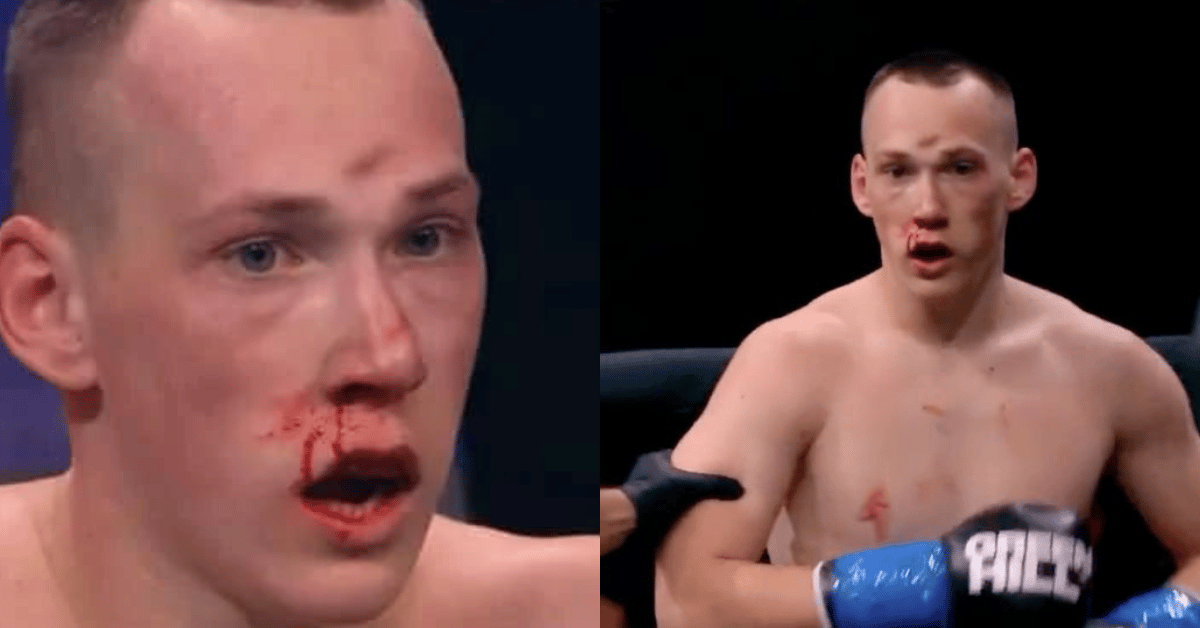 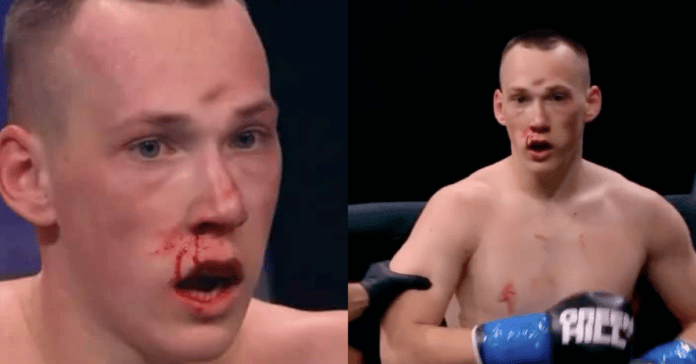 An unfortunate end to any fight is a fighter experiencing a skull fracture. In his professional debut, Russian kickboxer Danil Sharov suffered a fractured skull when he absorbed a knee from Danil Kirikov at WAKO’s FKR PRO 1 in a lightweight clash.

The knee was landed during a clinch and visibly caused damage to the forehead of Sharov, slightly up and between his eyes. His opponent, Kirikov, was quick to point out the injury to the referee. The fight nearly continued as Danil Sharov was game, and remained in his fight stance. The doctor inspected the visible fracture by putting his thumb in it and the fight was quickly called off.

See below for the video:

Horrific injury at a kickboxing event in Russia (headlined by Vladimir Mineev) 4 days ago. Knee to the head broke one of the fighters skull à la MVP vs Evangelista Santos. pic.twitter.com/k5c28PGvSz

It was a lightweight kickboxing fight with both men making their debut. This was an undercard bout in Moscow, Russia on WAKO’s FKR PRO 1.

On Twitter, fans were very impressed with the fortitude of Danil Sharov. User ‘Fedor’s Nephew’ commented:

“PS: toughness of this kid is insane. Acted like he got a cut or something.”

Twitter user ‘OkayDFS’ was happy that Kirikov refused to continue knowing his opponent was injured. This user said:

“Yeah another blow would’ve been bad. Opponent knew it too it seemed. I wonder if his skull will heal fully.”

‘Vinny_Napalm’ added that many fighters, Danil Sharov included, are too tough for their own safety. He added:

“Jesus what a great referee. That was hard to notice and that kid is too damn tough for his own good. Would have needed up very bad if it continued.”

Many combat sports fans have also pointed out the similarity of this situation to Michael ‘Venom’ Page fracturing the skull of Evangelista ‘Cyborg’ Santos at Bellator 158. After this gruesome injury, took some time to rest and recover. The Brazilian fighter has not returned to action since this fight in 2016.

In an interview with MMA Junkie, ‘Cyborg’ explained:

“Right after, I was vocal about my wishes to get back to fighting as soon as possible, but it’s better to act with good sense. I took time to think about it, and I want to recover. That’s what I’m doing in Brazil. I’m living with my daughter. I’m teaching fighters here at Chute Boxe in Curitiba, at our professional branch. It’s a great opportunity to share my knowledge with a new generation of fighters, both amateur and professional. Chute Boxe is a true stable of champions, and when one of us stops, we teach what we’ve learned. And that’s what I’m doing now.”