Last month, Bisping stated on his podcast that McGregor should fight Nate Diaz next and that if the Irishman is victorious, it could set up an “absolutely massive” fourth fight with Dustin Poirier. The comments were a marked change of tune from Bisping, who had weeks earlier engaged in a bitter war of words with McGregor after leaping to the defense of his fellow UFC commentator, Daniel Cormier.

Since his second successive loss to Dustin Poirier in July, McGregor has seemingly made it his personal mission to extend his middle finger in all directions: Khabib Nurmagomedov, Poirier’s wife Jolie, and most recently, rapper Machine Gun Kelly have all copped a generous helping of Conor’s infamous bile and bluster. But the worst of his verbal volleys were perhaps sustained by Cormier, who McGregor labeled, among other things, a “fat drunk f*ck.”

The tension between the duo has however since simmered down. Late last month, Cormier extended an olive branch to McGregor by naming him number one on his list of “Must-See UFC Fighters.” “The Notorious” graciously accepted, while also insisting that he should occupy all five places on the list.

Now, Cormier has offered his vision of who he’d like McGregor to face next, and the former champ-champ believes it has to be Nate Diaz.

“Ultimately, these guys gotta fight, right?” said Cormier on his DC & RC podcast. “They have to fight! It’s been so long since fight #2. Fight #1, you saw Diaz with the great rear-naked choke submission when nobody—and I’m telling you nobody—thought that he could beat Conor McGregor, goes out there and he does his thing.

“Fight 2, you saw Conor rely on the toughness: have to dig deep in rounds 4 and 5 to beat Nate Diaz when Nate seemed to have all the momentum. Round 4, Nate won that round. It looked like it was going downhill for McGregor.

“Round 5, McGregor pulls himself off of the stool, goes out and wins a fifth round, which ultimately, won him the fight.”

Given the past rivalry between McGregor and Diaz and the star power of both, DC said the matchup has all the ingredients to become a classic.

“You ask Nate Diaz, Nate still doesn’t believe that Conor won that fight,” continued Cormier. “But these are two of the best talkers, these guys have the great story, they have the rivalry, these two need to fight. It’s time for Conor McGregor and Nate Diaz to get back into the Octagon and fight for a third time.”

What do you think? Should Conor McGregor face Nate Diaz in his next fight? 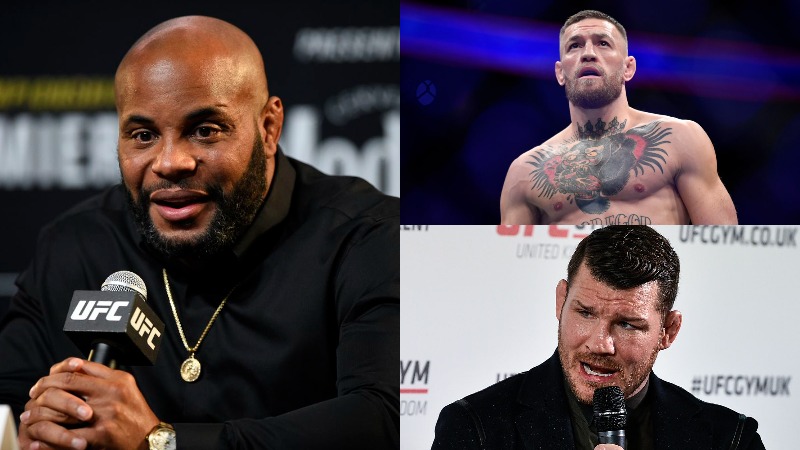