Daniel Cormier Has Bleak Outlook On Jon Jones’ Future At Heavyweight
published on November 8, 2021
curated and posted by BRWLRZ Team

It’s no secret that Cormier isn’t a fan of “Bones.” The pair have had clashes both in and out of the cage and their careers will forever be tied to each other. This means that when Jones is brought up, Cormier has no issue speaking his mind.

Cormier participated in a Reddit AMA recently, and a fight fan asked him how he felt Jones would do against the top of the heavyweight division. Here’s how the former double champion responded.

“I think Jon Jones has a chance against anybody. I think Ciryl Gane is a problem for him. I don’t know who it’s gonna be, but I think his time is coming. I am not confident that he wins the next fight,”

“I initially suggested that he fight a Curtis Blaydes, but it’s too risky not to cash in on him in a title fight. The first true loss of his career is very near.”

Will Jones Ever Return?

Now, it’s been over a year and a half since Jones graced the Octagon. His last bout was a closely-contested win over Dominick Reyes back at UFC 247.

Jones vacated his light heavyweight title in August of 2020. Pay rate and a desire to move up to heavyweight as reasons for relinquishing his title. Jones said he would take some time off to bulk up and then return. Yet, when the Arizonian is involved, things are never that simple.

After an extended lay-off, news broke that police arrested Jones on charges of domestic battery. Jones cited personal demons that he needs to overcome and spent his time on social media berating people for their comments on his situation.

This latest legal battle may delay the former champion’s return even longer and has others claiming that he may never come back to the sport that made him a star.

Do you think Jon Jones will lose in the heavyweight division? 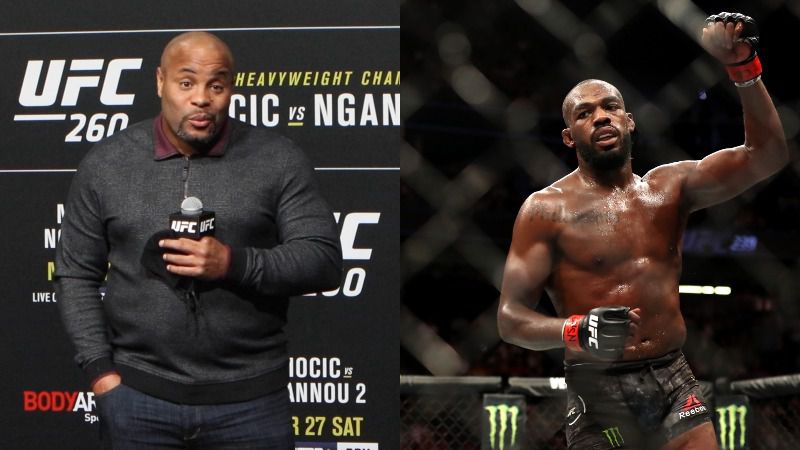