Daniel Cormier thinks Jon Jones could be next for the heavyweight title.

Daniel Cormier knows what it is like to be the UFC heavyweight champion. Now as a retired fighter and UFC analyst, Cormier is on the outside looking in. With a heavyweight championship bout happening in just a few weeks, the future of the division is now a topic of conversation. Cormier believes that the winner between Francis Ngannou and Ciryl Gane at UFC 270 will find themselves matched up with Jon Jones next.

“Honestly, it’s just a matter of when Jones gets there,” Cormier told The Schmo. “And rightfully so.

“For all that he’s done at 205, when he goes to heavyweight, it is his matchup to turn down. It has to be for Jon Jones and what he decides to do.”

Jon Jones was the longtime king at light heavyweight. He decided to make the move to heavyweight back in May of 2020 but has yet to do so. He is working on his physique and putting on weight to get ready for his heavyweight debut.

Last year, there was some UFC negotiation trouble and legal trouble that made Jones’ return to the cage unclear. However, with all this Jones drama, Cormier still thinks it will be him next in line anyway, not former two-time champion Stipe Miocic.

“As much as Stipe is probably deserving, are we talking deserving, or what is going to happen?” Cormier explained. “Because even though Stipe is deserving, Jones makes it known that he is at heavyweight and ready to fight he’s going to be the guy who gets the title fight.”

Stipe Miocic is itching at another chance at Ngannou or whoever is holding the belt come Jan. 23. Miocic was the longest-running UFC heavyweight champion and has been waiting for a shot to show that he is still champion material. Miocic was overlooked when the UFC decided to make the interim title and now might be waiting even longer if Jones jumps the line.

Do you agree with Cormier that Jones will get a title shot before Stipe Miocic? 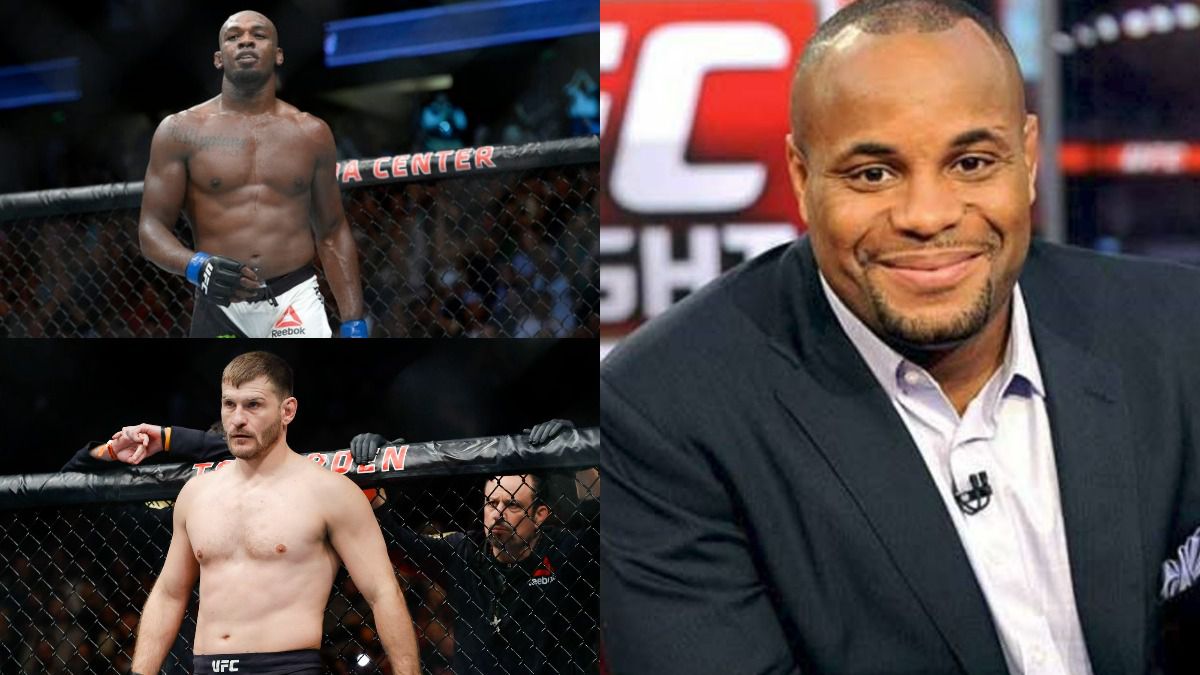