Dana White’s Steroid Accusation Against Jake Paul Gets Dealt A Blow
published on January 6, 2022
curated and posted by BRWLRZ Team

Dana White‘s accusation against Jake Paul for steroid usage was dealt a blow Wednesday when it was revealed that the YouTuber once again tested negative for banned substances.

Last month, Jake Paul landed a kill shot on his rivalry with Tyron Woodley when he KO’d “The Chosen One” in the sixth round of their rematch. Though his hand was raised after sleeping T-Wood, he still was battling accusations of steroid abuse, including from arch-nemesis Dana White.

White implied that Paul uses steroids in his recent retort to the YouTuber’s request to fight UFC-contracted stars. Instead of granting Paul his blessing, White instead threw the following proposal at him.

“I got a challenge for Jake Paul. This guy keeps saying that I’m a cokehead. He can randomly cocaine test me for the next 10 years if I can randomly steroid test him for the next two,” White said in an appearance on “The FIGHT with Teddy Atlas.”

When Paul responded with a counteroffer, calling on White to increase pay and benefits to UFC fighters, White was more direct with his accusation.

Of course, Paul has denied any steroid usage with only his own testimony, but now The Sun has reported that his post-fight test results following his rematch with Woodley came back negative. This report was released the same day Paul dropped the following tweet that challenged the logic behind White’s accusation.

Dana White claimed my fights are fixed and THEN claimed I’m on steroids… So I’m on steroids to win fights that are already fixed for me to win? Sounds logical…

“Dana White claimed my fights are fixed and THEN claimed I’m on steroids… So I’m on steroids to win fights that are already fixed for me to win? Sounds logical…”

Jake Paul has never failed a drug test thus far in his young career, nor has he suffered a defeat in the boxing ring. His next opponent is yet to be announced.

Meanwhile, today is the final day for Dana White to accept Paul’s proposal that would see him retire from boxing if White agrees to his terms to improve the promotion’s pay and benefits of its fighters.

Do you think Jake Paul is a clean fighter? 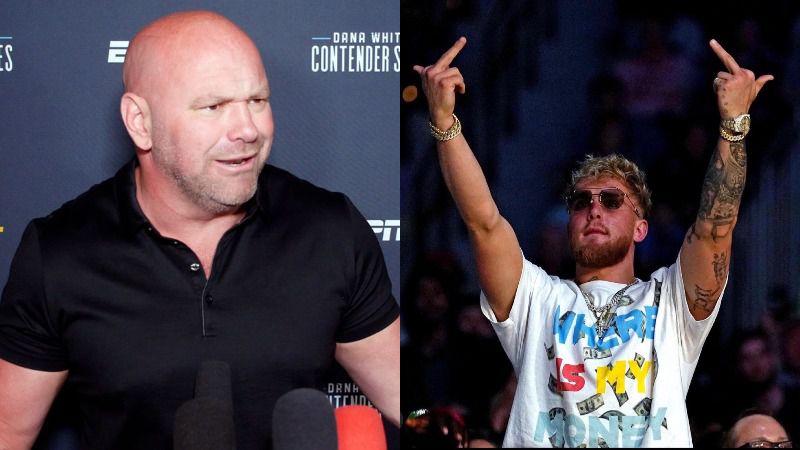