Dana White’s Advice For Carla Esparza: If You Get Offered A Fight, Take It
published on October 14, 2021
curated and posted by BRWLRZ Team

UFC President Dana White has advised women’s strawweight Carla Esparza to remain active rather than wait for a title shot from the sidelines.

Esparza was last in action at UFC Vegas 27 in May. In the card’s co-main event, she faced top-five contender Yan Xiaonan. Against an opponent unbeaten since 2010 and boasting a perfect 6-0 UFC record, “Cookie Monster” looked phenomenal. Esparza finished “Fury” with some brutal second-round ground-and-pound.

Esparza’s win streak has perhaps slid under the radar slightly, but it is truly remarkable. The 24-fight veteran has hit the form of her life since suffering consecutive losses to Cláudia Gadelha and Tatiana Suarez in 2018. In her four fights after, Esparza defeated Virna Jandiroba, Alexa Grasso, Michelle Waterson, and Marina Rodriguez. Her win over China’s Xiaonan extended her streak to five and firmly placed her in the title conversation.

Given that she boasts one of the UFC’s best win streaks in terms of name value, many expected Esparza to be the first challenger to champion Rose Namajunas’ second reign as strawweight queen. Not only was she deserving, but the story was there. At The Ultimate Fighter: A Champion Will Be Crowned Finale, “Cookie Monster” defeated “Thug Rose” by way of a third-round rear-naked choke. The victory saw her crowned the inaugural UFC Women’s Strawweight Champion.

Running that back seven years later having gone full circle with Namajunas now as champion made great sense. In the eyes of Dana White and the UFC brass, a rematch between the champ and Zhang Weili made better sense. “Magnum” was dethroned by Namajunas at UFC 261 in April. She was caught with a vicious head kick in the opening frame. The defeat marked the end of her 21-fight win streak.

With the pair set to collide again next month, many have pondered who will be next for the victor. Despite suggesting she wants to remain active, Esparza recently told MMA Fighting that she wants the next championship opportunity, and will be waiting to assess her future after Namajunas vs. Zhang 2.

According to Dana White, waiting for a title shot is never a good strategy. Speaking at the press conference that followed this week’s episode of Dana White’s Contender Series, the UFC kingpin said plans often fall through when fighters sit on the sidelines instead of fighting.

“I don’t ever agree with that. I mean, you’ve seen what happens in the past. When you try to sit out and wait for a title fight, it usually doesn’t happen. Stuff never falls the way that it’s supposed to, and you end up sitting out for too long, and people start to forget about you. It’s never a wise decision to just sit out. If you get offered a fight, you should take it.”

White had a similar message for welterweight contender Leon Edwards earlier this year. Despite his victory over Nate Diaz at UFC 263 extending his unbeaten streak to 10, “Rocky” still found himself behind Colby Covington in the queue. That’s despite the fact “Chaos” has fought once since his title loss to Kamaru Usman in 2019. It appears White’s advice on staying active doesn’t apply to the controversial former interim champ.

While Edwards has decided to clash with rival Jorge Masvidal in a bid to secure his place opposite the Usman vs. Covington 2 winner, Carla Esparza will make her decision following the UFC 268 co-main event.

Should the fight end in a similar fashion to Namajunas’ first clash with Zhang, it stands to reason that “Cookie Monster” will get her chance to fight for gold again in early 2022. If the champ is facing a lengthy layoff, and a top contender like Marina Rodriguez further establishes herself in the title picture, the 34-year-old may be left needing another victory to secure her shot.

Do you think Carla Esparza should wait for a title shot? 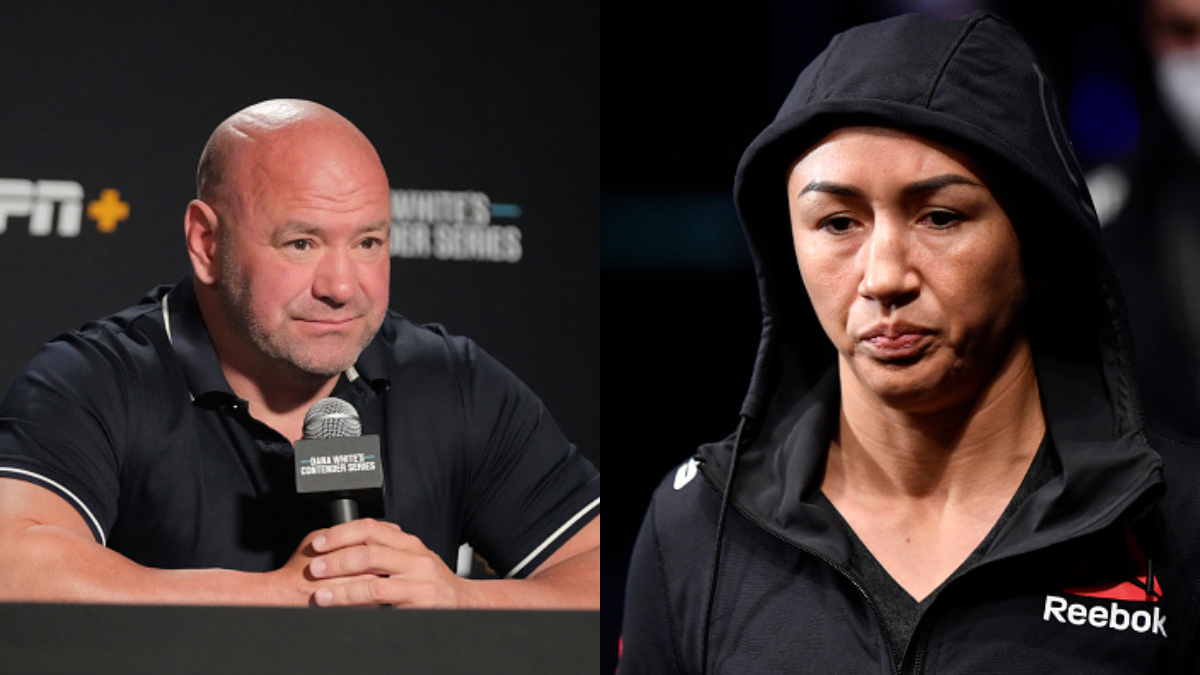