The winner of the Brian Ortega vs. Korean Zombie fight does not have to worry about what’s next because the boss has assured that it will be a crack at featherweight gold.

At UFC on ESPN+ 38 (UFC Fight Island 6), Brain Ortega and Chan Sung Jung will headline in arguably the most anticipated featherweight bout of the year. What’s at stake in the bout is being the last man standing in a feud that has been running for several months, a win bonus, quite possibly a performance bonus, and the sweetest of all: a world title shot.

“It’s absolutely the #1-contender fight,” UFC President Dana White told ESPN.
“First of all, it’s the fight that should have happened a long time ago. We’re finally here.

“For us to finally be here, The Zombie vs. Ortega, absolutely the winner of this fight should get the next title shot.”

Now you may be thinking a Dana White promise is as reliable as a broken clock, but there isn’t much reason to doubt its authenticity here. As it is, Brain Ortega is already the #2 contender, with the #1 contender Max Holloway out of the picture due to already being 0-2 against the champion, Alexander Volkanovski. As for the Korean Zombie, he has been on an absolute tear since returning in 2017 from his mandatory military service, winning 3 of his last 4, with all wins coming by KO/TKO, and is currently ranked #4.

After all the cancellations and hurdles that stood in the way, we are now roughly 48 hours away from Brian Ortega and The Korean Zombie settling their score and determining who is next in line for Alexander Volkanovski.

Do you agree that the winner of Brian Ortega vs. The Korean Zombie is deserving of a world title shot? 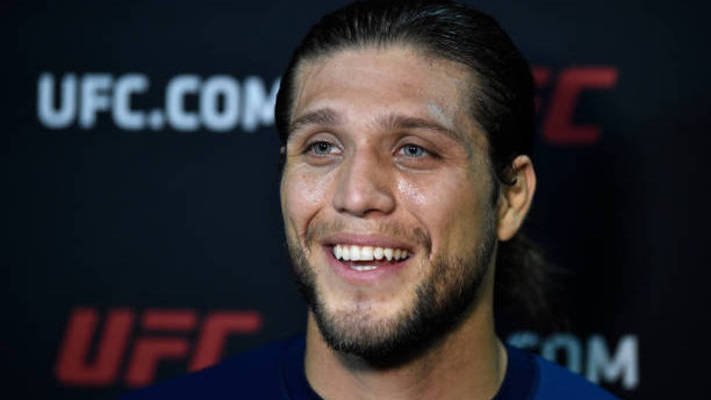