UFC fans are starting to talk about a possible Amanda Nunes vs. Valentina Shevchenko trilogy, but UFC president Dana White isn’t keen on the idea.

Nunes is set to face Julianna Peña in her first bantamweight title defense in two years at UFC 245. She’s recently put on dominant performances as she defended her featherweight title against Felicia Spencer and Megan Anderson.

Nunes is beginning to run out of potential contenders at both bantamweight and featherweight, and talks of a Shevchenko trilogy have resurfaced. However, White isn’t as interested in a third fight happening between the two top female UFC fighters as most could be led to believe.

“I don’t know if that fight needs to happen,” White said in a recent interview with TSN. “I don’t know. I’ve thought about it a lot. You know they’re both incredible in their weight classes. They already fought twice. Why do it again?”

Nunes and Shevchenko are arguably the two top female fighters in MMA history and have managed to each dominate their respective weight classes since their two matchups in the Octagon. Shevchenko’s losses to Nunes are the only blemishes she has had during her time in the promotion.

White isn’t completely closed off to the idea of a third fight, but the fans would need to let their voices be heard.

“I would imagine if they wanted to do it bad enough and the fans wanted it bad enough, I would do it but I don’t see much point in it.”

Nunes has had issues in her recent bantamweight title fights cutting down to 135 pounds but is also running out of potential suitors at 145. It’s unclear who could be next for her as she looks to defend each of her titles.

While Shevchenko hasn’t been pleading for another shot at Nunes, she’s remained open to the idea of a trilogy. It’s unclear whether or not Nunes feels the same and whether or not it’ll be enough to warrant a third matchup.

Would you like to see an Amanda Nunes vs. Valentina Shevchenko trilogy? 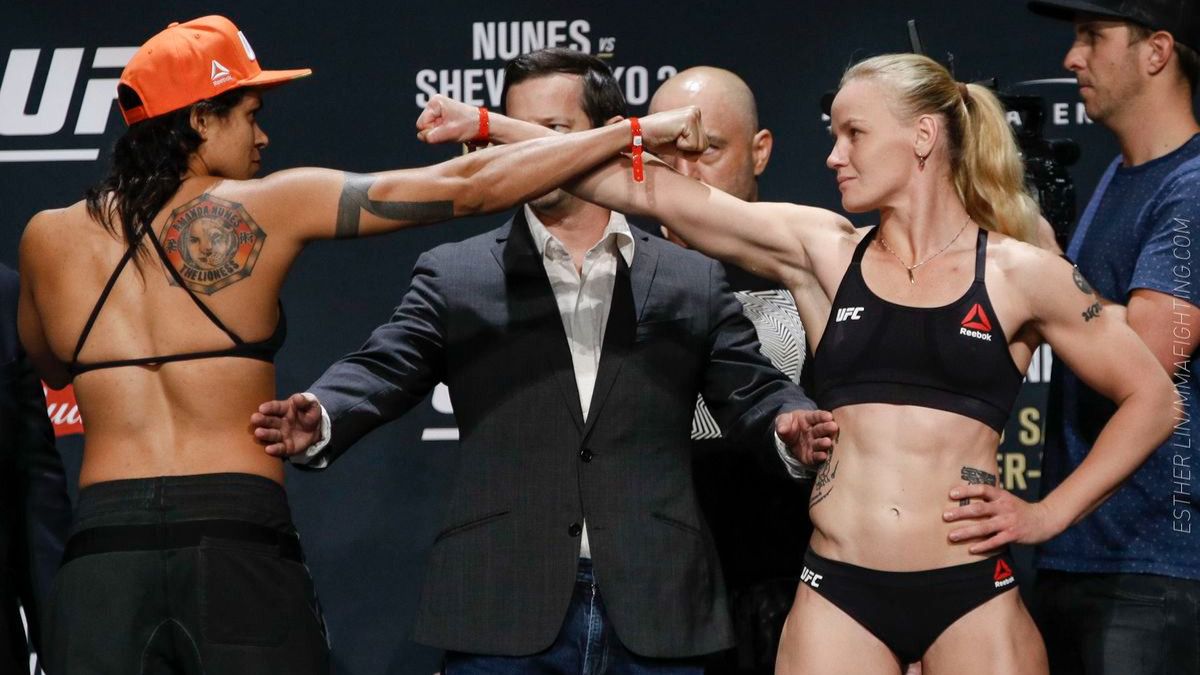