Dana White to McGregor: Jan. 23 Fight Date, Take It Or Leave It
published on October 14, 2020
curated and posted by BRWLRZ Team

Despite Conor McGregor’s demands for a 2020 date for his potential fight against Dustin Poirier, Dana White refuses to budge from the original date proposed.

Conor McGregor is ready to get back into the swing of competition, and he has made it clear that he has no intention of waiting any longer. When Conor McGregor and Dustin Poirier verbally agreed to fight, McGregor’s sole condition was that the fight take place in 2020 in what was perhaps a last-ditch effort to salvage as much as he can of the “fight season” he had originally mapped out pre-COVID for 2020. Speaking to ESPN Wednesday, Dana White stood firm that the proposed date for the bout is non-negotiable.

The UFC and the public have been awaiting McGregor’s answer for days now. His last time competing was at UFC 246 in a 1st round destruction of Donald Cerrone. McGregor claimed that there were many more bouts to come in 2020, only for COVID and, according to McGregor, the UFC brass to sideline him despite wanting to compete. Dana White disagrees with this narrative, though, pointing out that it was McGregor who took himself out of the equation and that it is now unfair and too late to accommodate McGregor at the expense of other fighters.

“That’s not how it works,” White said regarding moving fights around for McGregor/Poirier in 2020. “We laid out this year. He was retired. Would anybody disagree he was retired? Through this crazy pandemic year we’re going through, we faced a lot of challenges. There were a lot of things done to make this thing work. We made it happen. We have our schedule laid out. Fighters have committed to it. Fighters have started training for these fights. Conor came back and wants to fight Dustin, so we went out and got him his own date. It’s Jan. 23.”

This appears to be another example of how the UFC’s pay-per-view model can sometimes create complications that otherwise would not have been in place which often leads to fighters such as Conor McGregor fighting fewer times in a calendar year than they would like.

What would you do in this situation if you were in Dana White’s shoes? 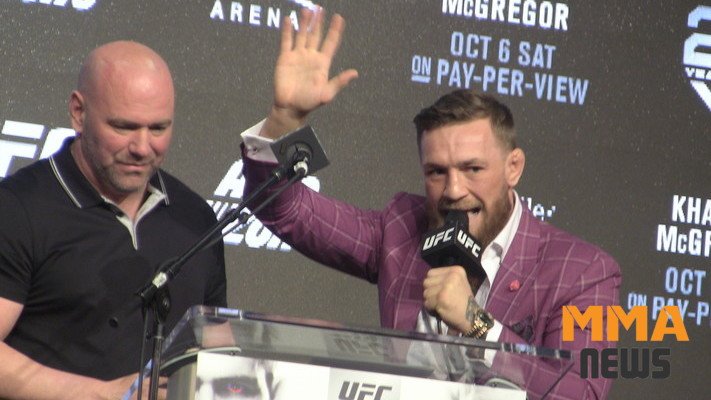