Luis Peña has been released from the UFC after being charged with domestic violence and battery in his second arrest of 2021.

In June, Luis Peña was arrested on charges of robbery by sudden snatching, battery, and criminal mischief.  These charges were brought about in connection to a pair of incidents involving Peña and his girlfriend, Jamie Driver.

According to the domestic violence probable cause affidavit, Peña accused Driver of looking at other men, prompting him to snatch and smash her iPhone. After the fact, the couple was involved in a fight with punches thrown on both sides. Driver then claims that Peña punched her the following day after she asked him to leave her home.

Last weekend, Peña was arrested for a second time. Again, Peña is being accused of assaulting Driver. The report alleges the former UFC lightweight struck his girlfriend with closed-fist punches and then also punched another woman who tried to intervene in the altercation. One day after the details of this second arrest were revealed, ESPN reported that the UFC decided to cut ties with the embattled mixed martial artist.

Another fighter who has had multiple arrests during his UFC career, including recent allegations of domestic battery, is former UFC light heavyweight champion Jon Jones. White has stated that the UFC will ‘do what they always do’ and see how Jones’ case plays out in the legal system before they make any decisions about his status. Thus, Jones remains on the UFC roster as he awaits his first court date for these latest charges on October 26.

It didn’t take long for the public to point out the perceived inconsistency between the UFC’s treatment of Jones versus that of Peña. Here is a brief snapshot of some of the reactions on Twitter:

As the last tweet above suggested, Dana White would indeed be answering questions about Peña’s release in his next presser. Coincidentally, the presser just happened to be the same night as Peña’s release on Tuesday.

Before White was asked to comment on the matter, the UFC issued the following statement to ESPN in their announcement of Peña’s release:

“At this time, UFC believes Mr. Peña needs to deal with the health and legal issues in front of him, and consequently has informed Mr. Peña’s management that his promotional agreement has been terminated,” the statement read, continuing that Peña “has been open about his struggles with mental health and substance abuse issues” and the UFC has “on multiple occasions attempted to help him get professional treatment.”

In light of other domestic violence accusations and allegations of UFC fighters like Mike Perry, Greg Hardy (pre-UFC arrival), and the aforementioned Jon Jones, White was asked if this release was a sign of things to come. Here is what the UFC boss had to say in response:

“Well, this was a bad case,” White began. “And we knew that [Peña] had problems before we were trying to help him with. And yeah, this is a pretty nasty one. I don’t know if you guys read the police report, but yeah, this one had to happen.”

White was then pressed specifically on whether the same could happen to Jon Jones. White responded as follows: 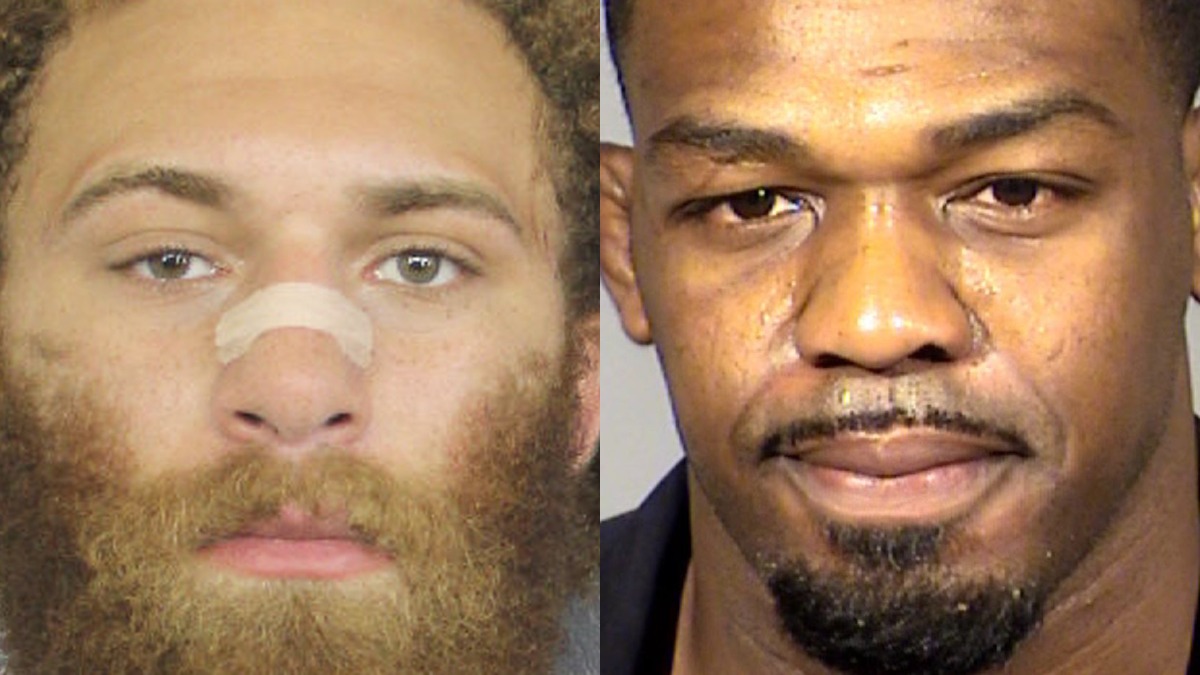