UFC President Dana White has a lot to say about people who think Nate Diaz‘s potential last fight against Khamzat Chimaev is a bad idea.

Diaz most recently fell to Leon Edwards at UFC 263 and has one last fight on his current UFC contract. White has said in recent days that the promotion is looking at booking Diaz’s potential final UFC fight against Chimaev at a future date.

It’s unclear whether or not Diaz is interested in a matchup with Chimaev, but he’s said that he only wants top contenders in the UFC going forward. Still, a fight with Chimaev would entice many fans of the sport.

Many on social media have claimed that White and the UFC may be looking to diminish Diaz’s value in a fight against Chimaev. This led White to aim at those critics in a recent interview with Barstool Sports.

“I love Nick and Nate [Diaz] as much as anyone else,” White said. “You get to a point in fighting, in your professional career in sports, where it’s like ‘Can I hang here anymore?’ Does everybody know he lost his last fight? What if he loses to someone else that we match him up with, would he be devalued? How does Khamzat Chimaev devalue him?”

“Here’s the moral of the story: all these people are f***ing morons and have no idea what they’re talking about. I run the biggest f***ing combat sports business on planet f**king Earth. So, shut the f**k up and let me do my job!”

It’s unclear whether or not the UFC and White have any intentions of signing Diaz to a new deal. Diaz had previously stated his plan to be active in 2021, but that appears to be a false narrative as the year draws close.

As for Chimaev, he burst into the UFC welterweight rankings this week and appears on the fast track for a title shot. Whether or not his next test will be against Diaz is unclear.

What are your thoughts on Dana White’s comments regarding a potential Nate Diaz vs. Khamzat Chimaev fight? 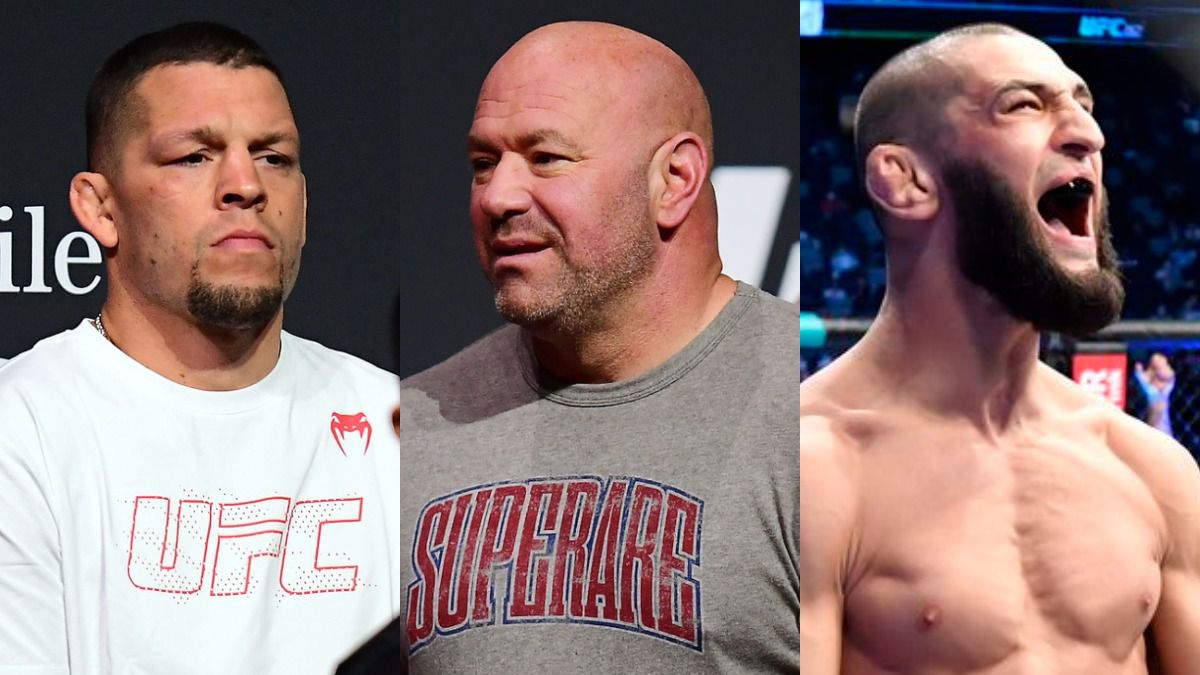