Despite being only four years into his career on MMA’s biggest stage, a period interrupted by a two-year absence thanks to an injury and a USADA suspension, O’Malley has consistently been criticized by a portion of fans for not entering the Octagon with a ranked opponent.

After a highlight-reel knockout of Thomas Almeida in March and a record-breaking striking performance against Kris Moutinho in July, the 27-year-old looked set to fight his first top-15 name in the form of Raulian Paiva. However, the Brazilian’s time at the bottom-end of the rankings was short-lived.

Nevertheless, both men will look to jump onto the 135-pound ladder when they meet in this weekend’s UFC 269 main card opener.

Despite falling to his first professional loss last year against Marlon “Chito” Vera, and only picking up victories against unranked opponents since, O’Malley hasn’t shied away from calling out high-level bantamweights. That includes Dominick Cruz and Pedro Munhoz, who will face each other below O’Malley on this weekend’s card, despite their places in the top 10.

Dana White believes it’s that level of attention and stardom that creates unreasonable expectations for O’Malley’s rise in the promotion. During a recent interview with Barstool Sports’ Robbie Fox, the 52-year-old denied that O’Malley’s apparent unwillingness to fight ranked opponents until he gets a better contract is the reason behind the foes he’s been matched up with in 2021.

White said that, unless your name is Khamzat Chimaev, fighters can’t move up the rankings as fast as fans expect O’Malley to. In the UFC President’s eyes, “Sugar” isn’t ready yet.

“It has nothing to do with his contract. I mean, he’s not ready. You guys wanna throw him to the wolves. You don’t move somebody that fast, unless they’re Khamzat Chimaev. Khamzat is a guy you feel comfortable moving that fast. I mean, O’Malley just lost a couple fights ago. Talking about bigger fights and all that shit, this is a tough fight for him on Saturday night.

“In his last fight he looked incredible, he put on a clinic. I think because O’Malley’s so popular and whatever, you’re always gonna have the critics that give this kid shit. He’s a tough kid, he’s fun, he’s exciting to watch, but he’s making his way, you know, the way you’re supposed to. You don’t just turn O’Malley around and throw him against killers. That’s not how it works.”

White’s latest comments go hand-in-hand with remarks O’Malley made at UFC 269 media day on Wednesday. The Montana native denied avoiding ranked opponents, and said he simply faces whoever the UFC offers him. If he had control of who he faces, O’Malley said he’d be fighting the likes of Cruz and Munhoz next.

While he’ll have to get past the tough test of the in-form Paiva instead, a big-name opponent could be waiting in the wings for O’Malley in 2022 if he’s victorious on Saturday night.

Who would you like to see Sean O’Malley fight in 2022 if he defeats Raulian Paiva at UFC 269 this Saturday? 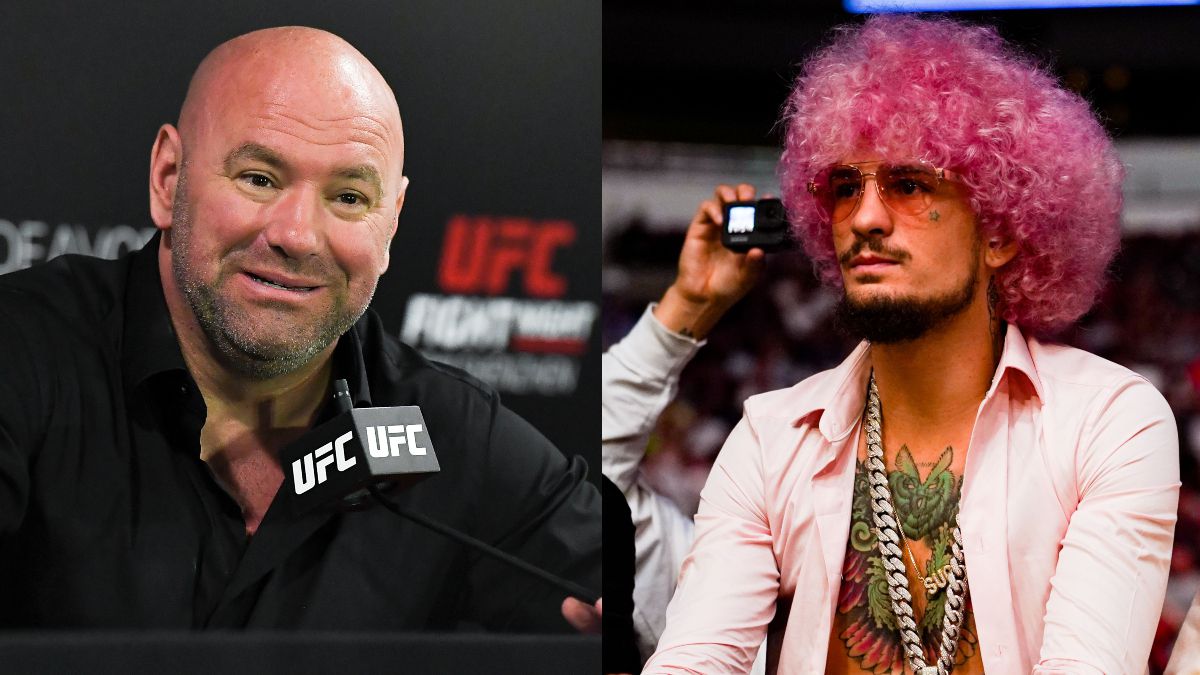