DISCLAIMER: The following article is about a politicized topic and thus may be considered sensitive to some readers or evoke strong emotions. Reader discretion advised.

Dana White says he is now completely rid of COVID-19 a mere five days after testing positive for the virus, and he says he and his entire family has Joe Rogan to thank for it.

Earlier this week, Dana White revealed that he and his entire family contracted COVID-19 over the Thanksgiving holiday. Once White realized this grim news, he took immediate action and knew just who to call: Joe Rogan.

The following is what White had to say about his discussion with Rogan and the treatment he was recommended to take:

“I get up, 9 o’clock Monday morning, and I get tested,” White continued. “He said get monoclonal antibodies in you as soon as possible, so I did. By noon, I had the monoclonal antibodies in me. Then he told me to do a NAD drip. I did that right after. The next day – so Sunday at 8 o’clock at night I have no taste or smell. I get up Tuesday getting ready to shave. Cleaning my razor, I could smell the alcohol. My taste and smell were back by the next day by 11 o’clock. Then I took a dose of ivermectin. Then yesterday I did a vitamin drip, and today I’m doing another NAD drip.

“Never felt better. I’m feeling like a million bucks. I’m doing two-a-day workouts for the next 10 days while I have COVID and I’m in quarantine. I got my smell and taste back in less than 24 hours.”

Days later, TMZ caught up with Dana White for an update on his health status. Not only is Dana White now testing negative for COVID, but his entire family is also on the mend after taking Rogan’s advice.

“I’m incredible. Today is Day 5 (since I) tested positive for COVID. And today, this morning at 9 o’clock, I tested negative. Thank you, Dr. Joe Rogan!”

Rogan has been widely criticized for recommending ivermectin be used to treat COVID, with sources such as the FDA and the BBC stating that the drug is not intended for human usage.

The legitimacy of such warnings has been widely disputed, with the doubters often being associated with ring-wing ties. There have been reports as recent as four months ago of ivermectin gaining momentum in places such as Latin America and India. Readers are encouraged to do their own research and form their own opinions on the matter beyond this snapshot overview of the issue.

As far as Dana White is concerned, every time he looks at his family is all the proof he needs about the efficacy of Joe Rogan’s treatment regimen. And if that’s not enough proof, there’s a whole host of others who swear by Rogan’s advice, says White.

“And himself, he did it himself, and like 40 other people that he’s close to he’s done this with,” White said of the number of people Rogan has helped with his advice. “And here’s the reality. In all seriousness, Joe Rogan is a brilliant guy and he talks to the most brilliant people out there. He studies, he does his homework on all this stuff.

What do you make of Dana White’s testimony in favor of Joe Rogan’s medical advice? 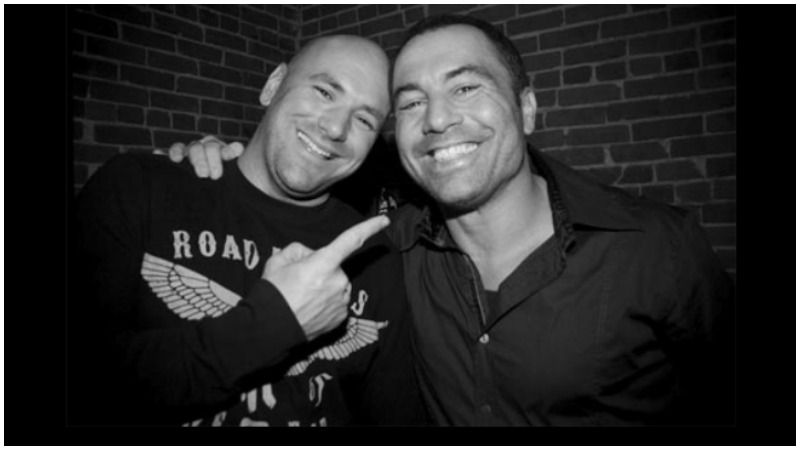