Dana White Reveals His “No Brainer” UFC Fight Of The Year For 2021
published on January 1, 2022
curated and posted by BRWLRZ Team

UFC President Dana White thinks “Fight of the Year” isn’t up for debate this year.

White recently revealed that his favorite fight from 2021 was the back-and-forth brawl between Michael Chandler and Justin Gaethje from UFC 268. The stand-up lightweight battle took a Madison Square Garden crowd by storm earlier this year. The bout saw the ranked fighters willfully trade wailing punches on one another for three rounds.

Gaethje walked away with the win against Chandler, earning a unanimous scorecard nod in the end. The fan-friendly fight was a big victory for Gaethje, potentially placing himself as the next contender for UFC Lightweight Champion Charles Oliveira to face.

UFC President White didn’t hesitate to call the fight the best that has taken place this year.

“That’s a no brainer. Off the top of my head right here asking me that question, it would have to be Gaethje/Chandler,” said White in an interview with Barstool Sports. “It was insane. The fact that it was at MSG, the fans were absolutely f*cking insane, and just everything with that fight.”

White later reflected on how the fight was so impactful to the live New York crowd that it tired out the live crowd. This caused the follow-up act, a fast-paced fight between featherweights Shane Burgos and Billy Quarantillo, to not elicit much of a reaction from the audience.

The bout was another example of Gaethje’s tough striking style that often sees him consume damage en route to breaking the will of his opponent. Gaethje was ending an absence from the cage with the fight. He was appearing for the first time since he lost a title fight against Khabib Nurmagomedov at UFC 254.

The fight admittedly took a toll on Chandler. The former Bellator champ later admitted that he wouldn’t want to compete in a “scrap” like that ever again.

Could you name what your FOTY was or is there just too many? 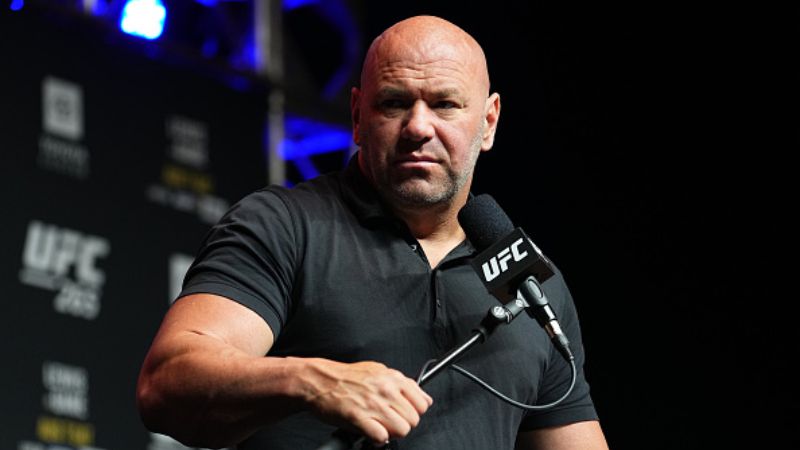