While he’s certainly had a fall from grace in recent years, both inside and outside the Octagon, McGregor is undeniably MMA’s biggest superstar and one of the best to have ever fought on the sport’s grandest stage. On his way to becoming the promotion’s first-ever simultaneous double champ, the Irishman defeated the likes of Max Holloway, Dustin Poirier, Chad Mendes, José Aldo, and Eddie Alvarez.

But since his 2016 lightweight triumph, McGregor’s performances have dipped. In just four fights in the five years since, “The Notorious” star has gone 1-3, with a single welterweight victory over Donald Cerrone surrounded by 155-pound failings against former foe Poirier and Khabib Nurmagomedov.

Having broken his leg in his second loss of the year to “The Diamond,” McGregor will hope to return to his form of old when he makes his comeback in 2022.

Despite his setbacks and his brutal injury at UFC 264 in July, McGregor’s motivation and drive to keep fighting doesn’t appear to have dwindled. The Dublin native has consistently maintained his desire to keep making the walk, has provided updates on his recovery and increased training, and suggested he’ll return to full MMA sparring by April next year.

McGregor even recently claimed he’ll make his comeback against whoever is holding the lightweight gold upon his return. That, understandably, has brought up concern amongst fans, pundits, and fighters about the possibility of McGregor jumping to the top of the queue despite his recent form and place in the rankings.

Beneil Dariush, the current #3 contender who is set for a likely title eliminator against Islam Makhachev, even admitted the idea of McGregor being granted a special pass to the title worries him. With questions of privilege and special treatment being brought up yet again, Dana White has responded.

White: McGregor Has Been “That Guy” Since Day One

During an interview with Daniel Cormier on the DC Check-In, the UFC President explained why McGregor has been treated as a “special” individual by the promotion.

“When we started this thing and this guy was on his rise—and believe me, I’ve dealt with a fuckin’ thousands fighters. ‘Oh, this isn’t the fight for me at this time’ and ‘This isn’t that, this isn’t this,’ this fuckin’ kid, we’ve been in a house that he was renting. I think it was when [José Aldo pulled out of 2015 bout]. This is what he said us: ‘I don’t give a fuck who you get. I’m going to work out. When you figure it out, call me and let me know.’

White went on to suggest McGregor’s toughness and willingness to fight anyone has been a characteristic in his repertoire since day one. For that reason, he’s earned special treatment, according to the UFC kingpin.

“Conor McGregor has been that guy since the day that he walked into this fuckin’ company. So for anybody to point the finger and say, ‘Oh, this guy’s getting special treatment…’ (Because) This guy’s special. This guy’s fuckin’ special. You know how many fighters I’ve fuckin’ dealt with that’ll talk to me about, ‘This isn’t good for my brand.’ ‘I’m not fighting my friends…’”

Even with the so-called “special treatment,” it’s hard to see McGregor walking straight back to the belt. If Poirier had beaten Charles Oliveira, that seemingly would have been a strong possibility. Instead, we could see the Irishman complete a tetralogy with “The Diamond” without the gold on the line.

Alternatively, a trilogy with Nate Diaz, who is on the final fight of his UFC contract, seems inevitable sooner of later, whilst both Max Holloway and Michael Chandler have staked their own claims for a money fight with “The Notorious” megastar.

Do you believe Conor McGregor wrongly receives special treatment from the UFC? 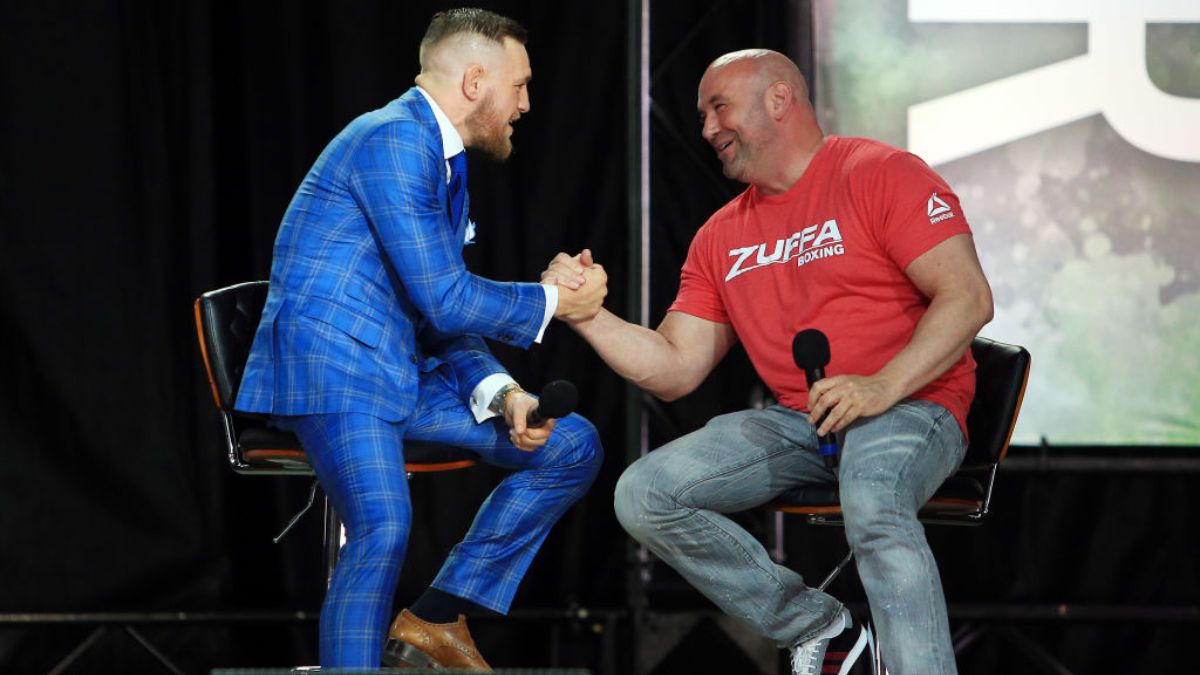