Dana White Responds To Nick Diaz’s Gripe About Not Fighting Usman
published on September 25, 2021
curated and posted by BRWLRZ Team

Fan-favorite Nick Diaz returns to action tomorrow night and Dana White illuminated that only an idiot would have paired him with the champion, Kamaru Usman.

At UFC 266 inside the T-Mobile Arena in Las Vegas NV., Nick Diaz will return to the Octagon after a lengthy hiatus. Having not fought since facing Anderson Silva in 2015, many are exuberant about the return of the elder Diaz brother. So much so, in fact, that some are calling for the OG Stockton slapper to take on the welterweight champ, Kamaru Usman. Of course, this comes after Diaz called the champ out in an exclusive interview for ESPN.

Ahead of the five-round non-title fight, UFC President Dana White spoke with Yahoo Sports to clear up any misunderstanding about where Diaz ranks on the 170-pound totem pole. In addition, the UFC boss reiterated that he believes Usman to be the #1-pound-for-pound fighter in the world.

“You think he should be fighting Kamaru Usman? You know what I’ve been saying lately: Kamaru Usman is the pound-for-pound best fighter in the world, OK? (He beat Jorge) Masvidal twice, Gilbert Burns, Tyron Woodley, (Rafael dos Anjos), Demian Maia, Leon Edwards. I mean, the list of guys that this guy has beaten is unbelievable, and the way that he beat them,” White said (h/t MMAjunkie.com). “He’s the world champion in that division and he’s the pound-for-pound best fighter in the world. Does anybody out there think that that’s who Nick Diaz should come back and fight after not fighting for seven years? That would be an idiot that would make that fight.”

It’s increasingly clear that the UFC was never serious about linking Usman and Diaz up, though granted, the fight sounds like a fun sell.

How do you think a fight with Kamaru Usman and Nick Diaz would go? 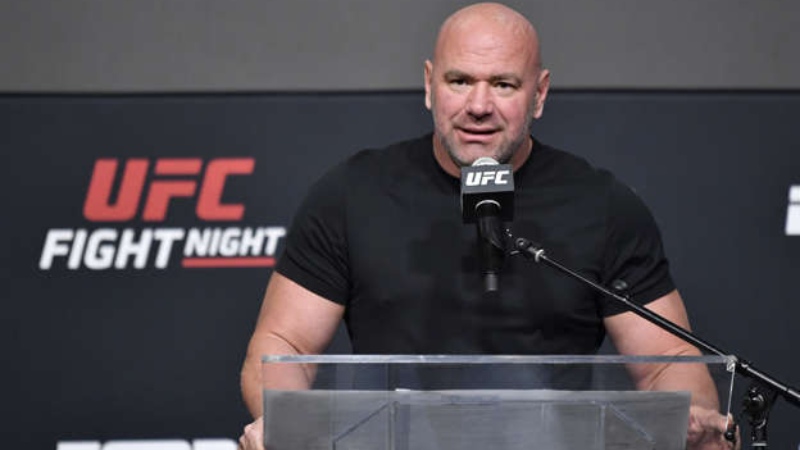