Jon Jones recently confirmed that he did indeed hide under a cage to avoid drug-testers from the Nevada State Athletic Commission in 2010. For several years the story had been something of an urban myth in the MMA world.

Jones admitted to the story during a Twitter back-and-forth with Israel Adesanya recently. He says that he had just consumed cannabis and was worried about getting busted for that.

The Twitter exchange between Adesanya and Jones is below:

Dana White recently reacted to Jones’ admission. The UFC President sounded confused regarding Jones’ rationale, however. He noted that NSAC doesn’t test for cannabis outside of competition.

“I don’t know anything about that. But, unless you’re in competition, they’re not testing for marijuana anyway,” White continued.

Jones last fought in February. He defeated Dominick Reyes via unanimous decision at UFC 247. Israel Adesanya last fought at UFC 253 in September. He finished Paulo Costa via TKO in round 2. Adesayna is also a cannabis proponent. He has publicly supported the legalization of cannabis in New Zealand where he resides. 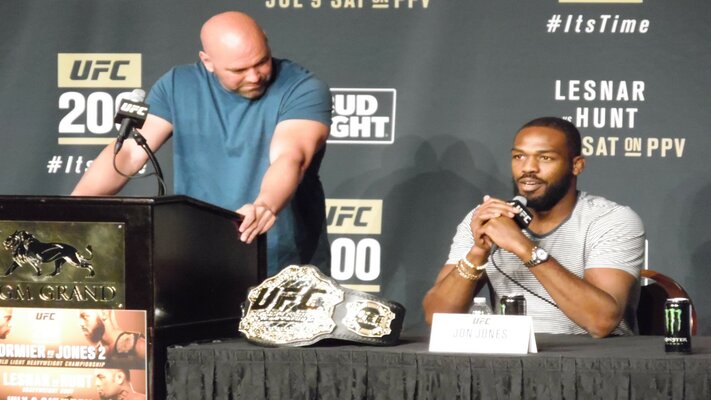