The UFC could be branching out to Africa in the future.

Mixed martial arts is a sport that is popular all over the world. The UFC has made it so anyone can watch to best fighters in the world do their thing both on TV and live. Events have been held all over the world and with this growth, we are seeing more talent come out of places we never have before. The UFC now has three champions with ties to Africa. The fandom and talent out of Africa are continuing to grow and Dana White can see it.

With three such dominating and entertaining African champions now would be the perfect time for the UFC to hold an event in Africa. Interest is there from White, who spoke to BBC Sport Africa about the possibility.

“When Conor became champion in Ireland, it exploded in Europe and now with Usman, Adesanya, and Ngannou, it’s blowing up in Africa,” White said. “When everything gets back to normal, we can get over to Africa.”

Ngannou was born in Cameroon while Usman and Adesanya were born in Nigeria. Ngannou often visits home and is known to help out the local communities there quite often. White is planning to build a UFC Performance Institute in Africa in the future. There are already locations in Las Vegas and China.

“I have a lot of plans in Africa, not just to fight over there, but to open a couple of performance institutes and start cultivating some talent from that,” he added. “My goal is to get kids off the street and into the gym. The amount of unbelievable talent that’s going to come out of there is going to be insane. You have to have these guys that are hungry – and Africa is full of guys that are hungry.”

Ngannou, Usman, and Adesanya are just the most notable African fighters on the roster, but there are many more. If the UFC were to hold an event in the country it could be one of the biggest selling PPVs in the history of the UFC. With all three African champions defending on one card and the multitude of other talents that could be involved is incredible.

What do you think of a potential African card featuring Ngannou, Usman, and Adesanya? 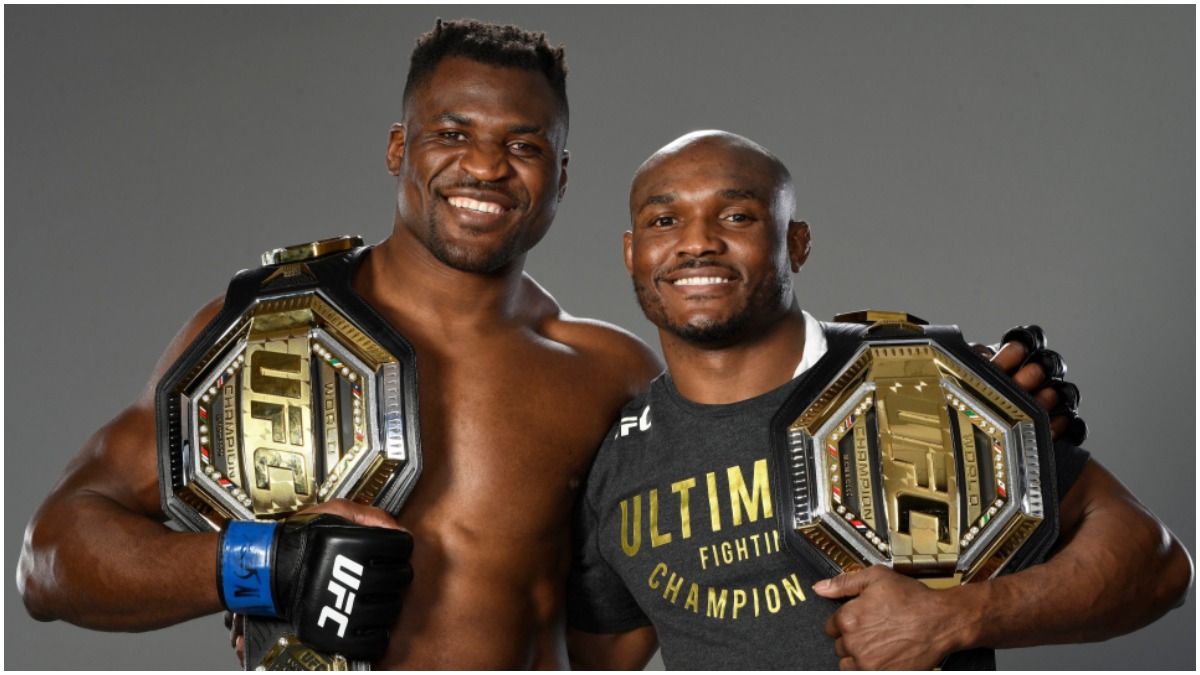