Dana White: Peña/Nunes 2 Will Be The Biggest Women’s Fight Of All Time
published on December 22, 2021
curated and posted by BRWLRZ Team

The first fight certainly staked its claim for an achievement of its own, being one of the biggest upsets in UFC history. Heading into the clash, Nunes was the dominant two-division champion who hadn’t lost since 2014, was on a 12-fight win streak, and had defended the 135-pound strap five times, a reign that included victories over Ronda Rousey and Valentina Shevchenko.

But none of that mattered on fight night. In the UFC 269 co-main event, Peña proved her doubters wrong and shocked the world inside Las Vegas’ T-Mobile Arena. After making it through the opening round, “The Venezuelan Vixen” turned the heat up in the second, trading with the “Lioness” on the feet. After hurting Nunes, Peña forced her to the ground and submitted her, completing a memorable underdog triumph.

White Has Big Aspirations For The Rematch

In the aftermath of the incredible result, all three necessary parties seemingly agreed that a rematch is the logical next step. Given her lengthy and dominant reign over the bantamweights until 2021, it seems fair Nunes be given an immediate chance for redemption. After Dana White confirmed the option of a rematch is there if she wants it, the Brazilian accepted via a post on Instagram.

With that in mind, it stands to reason we’ll be seeing Peña and Nunes standing opposite each other in the Octagon again in the first half of 2022. While most will expect the second bout to be much bigger than the first given what we saw, the UFC President believes it will surpass every other women’s fight in the sport’s history.

That title, as acknowledged by White, is currently held by the UFC 193 main event between Holly Holm and Ronda Rousey. The contest, another contender for greatest upset of all time, saw “The Preacher’s Daughter” end the unbeatable aura of Rousey with a second-round knockout.

With 1.1 million pay-per-view buys, the event sits alongside UFC 207: Rousey vs. Nunes as one of the two best-selling events headlined by female fighters in the UFC. Despite that, White insists Peña vs. Nunes 2 will be bigger in every single way.

“Every way that it can possibly beat it, it will. I don’t think it. I know it. It will crush that fight.”

With what’s at stake for Nunes, Peña’s desire to further legitimize her place on the throne, and the champ’s now-proven ability to sell a fight in the build-up, there’s certainly a chance White’s claim could come true.

Do you think Amanda Nunes vs. Julianna Peña 2 will be the biggest fight in the history of women’s MMA? 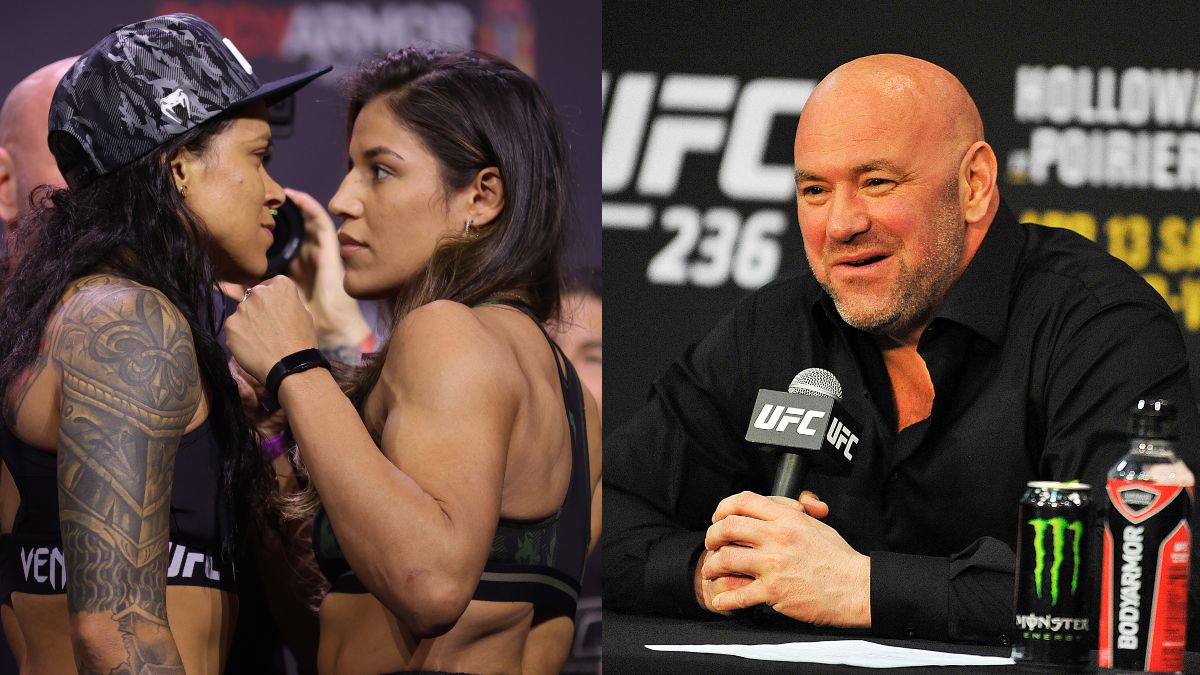