UFC President Dana White has named both UFC 268 co-headliners among the four baddest women currently in the UFC, but there wasn’t room for one legendary strawweight.

In another fine showcase of the strength of the UFC’s growing women’s roster and, in particular, the 115-pound division, Rose Namajunas and Zhang Weili are set to collide for the second time this weekend. The pair first fought at UFC 261 in April. In front of the first sold-out UFC crowd in over a year, “Thug Rose” shocked the world.

At the time, Zhang held the strawweight gold and had already recorded a defense. With an unbeaten UFC record and an active 21-fight win streak, “Magnum ” was certainly the favorite. Upsetting the odds, Namajunas knocked Zhang out with a brutal first-round head kick. The victory saw the Wisconsin native become the first woman in UFC history to regain a belt she’d previously lost.

Despite the remarkable form of the weight classes’ inaugural champ Carla Esparza, who’s built a five-fight win streak that includes victories over top contenders Alexa Grasso, Michelle Waterson, Marina Rodriguez, and Yan Xiaonan, Zhang was given an immediate chance at redemption. In the UFC 268 co-main event this Saturday, the Chinese star will look to exact revenge on Namajunas, who’ll be hoping to record the first defense of her second reign.

Ahead of this weekend’s blockbuster pay-per-view, which will go down inside New York City’s prestigious Madison Square Garden, Dana White discussed the card with Yahoo! Sports’ Kevin Iole. When asked whether he considered Namajunas’ title crowning at UFC 261 to be an upset, the UFC kingpin suggested anything can happen when two of the “baddest” women on the current UFC roster enter the Octagon together.

“Listen, in my opinion right now and before that fight, the four baddest women on Earth are Amanda Nunes, Valentina Shevchenko, Rose Namajunas, and Weili Zhang. So anything can happen on Saturday night. The interesting thing about Rose is she’s so unassuming. She’s so quiet and so sweet and a tiny little thing. She will knock you dead with her hands, with her feet, she has that female knockout power. And so does Weili.”

Having delivered a five-round Fight of the Year-worthy war against Zhang last year, Jędrzejczyk certainly has strong case to feature among the four fighters named by the UFC President. However, given the Polish star’s recent comments on pay, which appeared to be in direct contrast to his own previous comments about her wealth, it’s perhaps no surprise White is keen to avoid bringing her up.

Do you agree with Dana White? Who would make your Mount Rushmore of the UFC’s current baddest women? 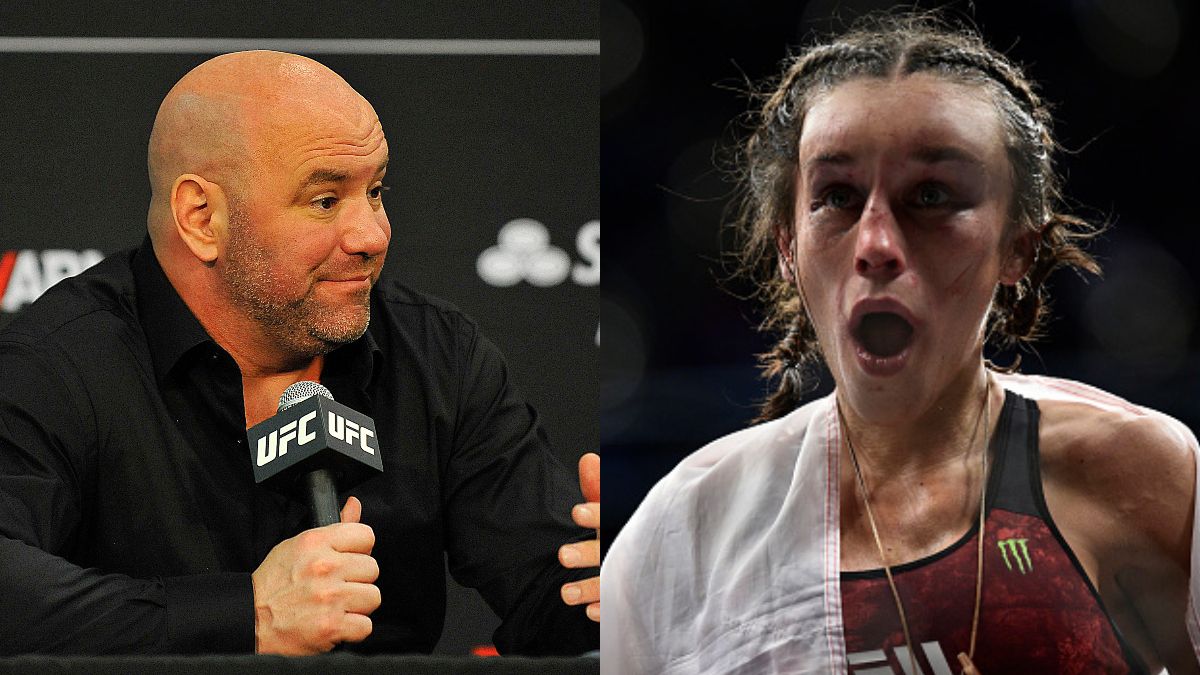