Dana White Has A Solution For Fighters Who Complain About Pay
published on September 27, 2021
curated and posted by BRWLRZ Team

UFC president Dana White has shared a solution for members of his roster that complain about the level of remuneration they receive in the promotion.

The issue of fighter pay has been high on the agenda for months now. It arguably started receiving significant coverage during Jon Jones‘ dispute with the UFC earlier this year. After vacating his light heavyweight title, “Bones” announced his intention to move up to heavyweight.

Following Francis Ngannou‘s championship crowning at UFC 260, it became clear that the biggest fight to make was a blockbuster title bout between “The Predator” and Jones. Because of the UFC’s failure to meet the 34-year-old’s demands, fans have been left with a dissatisfied Ngannou, an interim heavyweight champion, and a fight-less year for Jones.

Everyone knows fighters don’t make anything close to what they actually bring in when they fight. I really don’t see what the big deal is paying your main event for one of the biggest possible fights ever. It’s not like I’ll be asking for my actual fair share

After Paulo Costa withdrew from his expected clash against Jared Cannonier in August citing inadequate pay, it seems clear competitors have become a lot more willing to publicly express their issues or situation regarding the UFC’s pay structure. Despite that, one fighter did come to Dana White’s defense.

UFC middleweight Kevin Holland questioned why fighters have been complaining. He told those who have raised their dismay, “do your job and you will be more than paid.” Providing Holland’s success across 2020 as an example, Dana White gave his solution for members of the UFC roster who want to be paid more. Speaking following this week’s episode of Dana White’s Contender Series, the UFC kingpin suggested fighters should stay active in order to be paid well.

“My boy big mouth. Look at what he did, how that whole thing played out between he and I. Then, he ends up coming into the UFC. You know how much money that kid’s made? It’s crazy. You stay active. You’re a professional fighter. That’s what you do. And if you can fight often, you should. A, you get paid more money. You get paid a lot more money. And you burn out your contracts faster, which you keep going like this .”

White discussed the earnings Holland, who has been spotted splashing the cash on Nikes and muscle cars, has made by consistently entering the cage. Across seven fights in 2020 and 2021 so far, “Trail Blazer” made $790,000, according to MMA Salaries. White claimed the algorithm is as simple as fight more, win more, and then get paid more.

“The bottom line is: The more you fight, the more people see you; the more famous you become; obviously, if you keep winning, you work your way up; and you make a shitload of money. Why would you not?”

When asked if sitting out is a common mistake made by fighters, White revealed he’s often told by those who chose to do so that they made a mistake.

“Yes. There’s so many different reasons where guys will sit out and not fight. And you know how many guys I’ve had from the past that have called me and said, ‘I fucked up. I made a lot of mistakes. I wish I could do it over again.’ But you can’t. You come here, and you have these opportunities man, as long as you believe in yourself and believe that you can win fights, you should fight as much as you possibly can.”

SMH… Imagine a rookie in the NBA had to start a GoFundMe to play..

I let Sarah @TOOSWEET_Alpar know she has my support and contribution

It’s my honor and privilege to help fellow fighters in anyway I canhttps://t.co/XvDHOwoN6Q

One man leading the charge in holding Dana White and the UFC to account is YouTuber-turned-boxer Jake Paul. After MMA News brought Sarah Alpar’s struggle ahead of her latest fight to light, “The Problem Child” expressed his disgust that a professional fighter was forced to create a GoFundMe page in order to cover her expenses.

With the creation of a new revenue-sharing MMA league, which will provide benefits such as health insurance and a pension plan, it appears the UFC’s remuneration structure will remain heavily criticized unless something is changed.

What do you make of Dana White’s latest comments on the fighter pay debate? 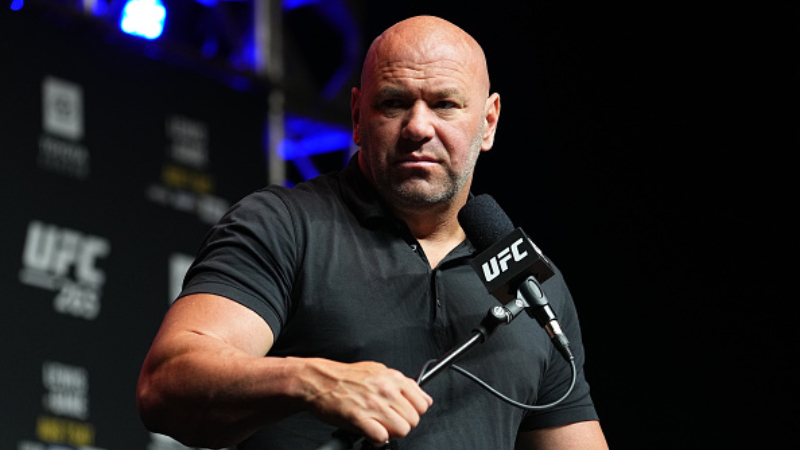