Dana White Confirms Leon Edwards Is Next For Kamaru Usman
published on January 15, 2022
curated and posted by BRWLRZ Team

Leon Edwards’ wait for a world title shot appears to be coming to an end.

Edwards had expected to be fighting for a world title a long time ago. Now, he has reached a point where he is unbeaten in 10 fights and yet was still booked in another non-title bout, this time in a grudge match against nemesis Jorge Masvidal.

After Masvidal was forced to withdraw from that bout due to a rib injury, that left Edwards without an opponent. Edwards insisted that he would not fight again unless he receives a world title shot.

History has shown that sitting out and waiting for a title shot can be a very risky play, especially as far as Edwards is concerned. Dana White has cautioned fighters against making such a move, with Edwards himself being among them at one point.

In an interview with TSN this week, however, White relented and agreed that Edwards is deserving of a title shot and is next in line for UFC Welterweight Champion Kamaru Usman.

“100 percent,” White said when asked if Edwards was next in line for Usman. “That kid’s had a rough run. He deserves it. If you look at it, Colby lost to (Usman) twice, Gilbert lost, Leon’s next. He’s number three.”

White also hinted that one of the reasons for granting Edwards the title shot is because of his willingness to do what he said no one else wanted to do last year: step up and fight Khamzat Chimaev.

“I’m bringing it up for a reason because I said that and never gave that kid the credit he deserved. He said yes to it, signed the bout agreement, and was ready to roll.”

Leon Edwards first faced Kamaru Usman long before Usman was champion, in a unanimous decision loss in December 2015. In his most recent fight, he defeated Nate Diaz at UFC 263 while Usman successfully defended his title in another rematch—against Colby Covington at UFC 268. 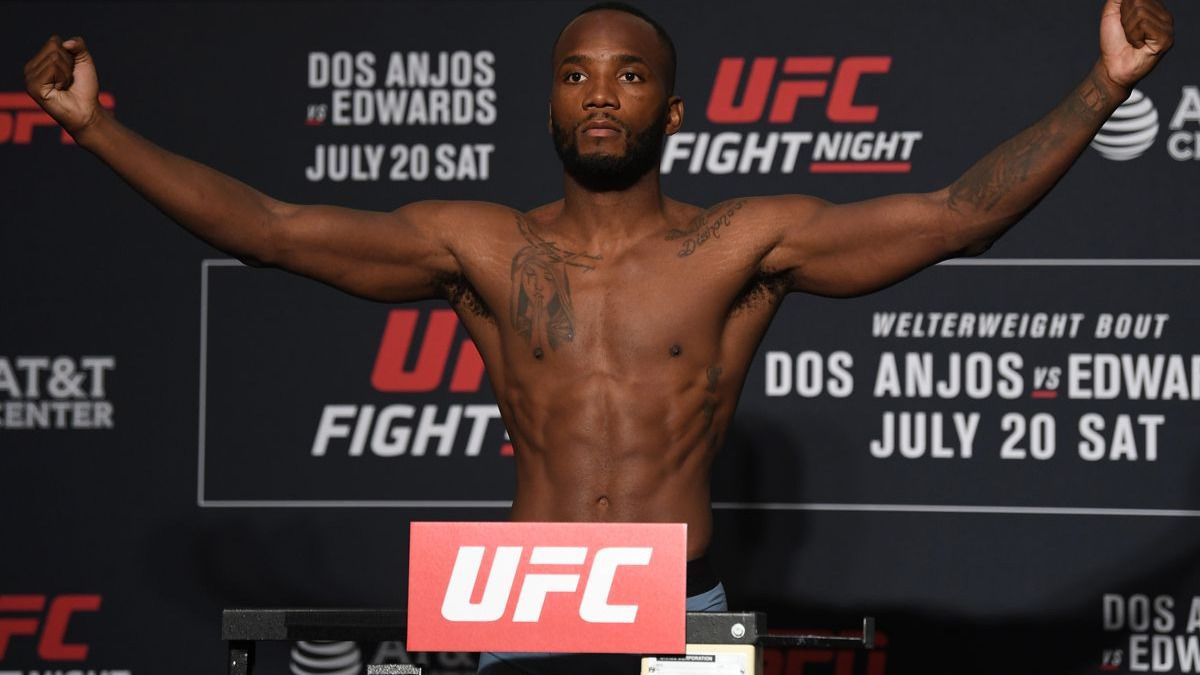