UFC President Dana White believes former two-division champion Conor McGregor currently has as much desire to fight inside the Octagon as ever.

While McGregor’s global superstardom and prominence hasn’t dwindled, his form inside the Octagon has plummeted off a metaphorical cliff. By the end of 2016, the Irishman boasted a 9-1 UFC record and was the promotion’s first-ever simultaneous two-division champion. In just four fights since, which came in-between large periods of inactivity, McGregor has gone 1-3.

Aside from a sole welterweight victory over veteran Donald Cerrone, McGregor has struggled, losing to Khabib Nurmagomedov and twice to Dustin Poirier. Having been knocked out for the first time in his career by “The Diamond” in January this year, McGregor hoped to revive his pursuit to regain the lightweight title at UFC 264 in July. Instead, the 33-year-old left the Octagon with another setback and this time on a stretcher, courtesy of a gruesome broken leg.

White Is Confident Motivation Isn’t An Issue For McGregor

Given his form in recent years, the severity of the injury he suffered in the trilogy fight with Poirier, and the immense wealth he already owns, many predicted we’d seen the last of the former double champ inside the Octagon. But if McGregor is to be believed, he’s as eager as ever to fight.

Having consistently showed the progress he’s been making on his journey to recovery, McGregor has recently been discussing his return to action heavily on social media. After revealing his intention to make his comeback against whoever is holding the lightweight title at the time, the Dublin native suggested he’ll return to full MMA sparring by April.

During a recent appearance on the Jim Rome Podcast, UFC kingpin Dana White said McGregor’s eagerness to return is genuine, and agreed that a return to sparring in the second quarter of 2022 is an accurate timeframe.

“Yeah, he’s chomping at the bit to get back in there and compete again. It’s gonna be a while before he can start to put some thwark on that leg so, April, for him to start training again in April, is probably about right.”

Busting the myth that McGregor has lost his Octagon appetite, White claimed the Irishman’s desire to fight at the highest level still exists.

What’s certain is that McGregor won’t be short of options when his comeback is due. Aside from the lightweight title shot he desires, which could come in the form of a fourth clash with Poirier, and the fact virtually everyone would accept a fight with him, a number of contenders have made their desire to face him known.

Ahead of his clash with Yair Rodriguez, Max Holloway made it clear that he’d be willing to run it back with the Irishman, who defeated him back in 2013. Meanwhile, Michael Chandler is continuing to look for big fights, and called out McGregor for a 2022 booking.

Do you think Conor McGregor can make a successful comeback? 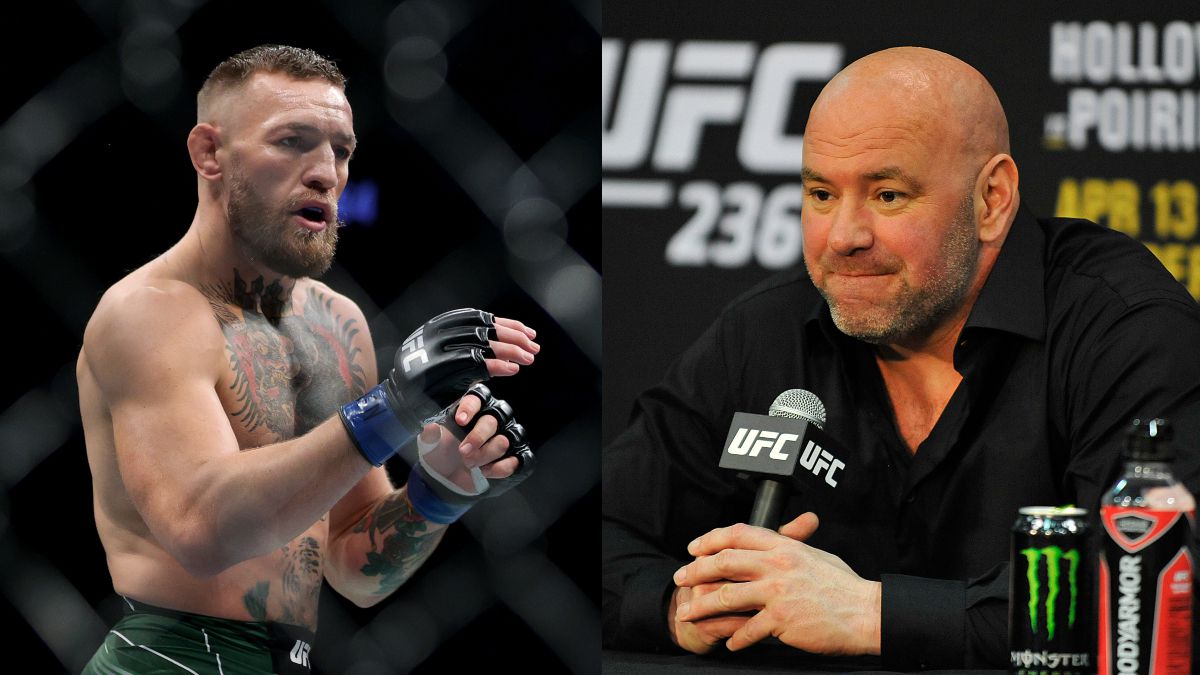