This past weekend, one of the most highly-anticipated events of 2021 delivered. Inside New York City’s prestigious Madison Square Garden, a host of thrilling fights, memorable knockouts, and a couple of five-round title rematches went down. In the main event, Kamaru Usman followed in the footsteps of Justin Gaethje and Rose Namajunas, becoming the third of Trevor Wittman’s athletes to have their hand raised on the night.

#4-ranked welterweight contender Luque was brought to NYC to be a backup for Saturday’s headliner. Ultimately, there were no issues in the lead-up to Usman’s fifth title defense against Colby Covington and the Brazilian wasn’t required. That was fortunate given he’d actually missed weight by just north of two pounds on Friday.

Vicente Luque just missed weight as a backup. 172.2lbs. So the backup fighter for the main event has missed weight. #UFC268

The unexpected weight miss left many wondering whether Luque would get paid and what consequences there would be. At the UFC 268 post-fight press conference, Dana White commented on the incident after he was asked whether action would be taken. Despite revealing “The Silent Assassin” has still been paid, the UFC kingpin admitted the infraction was “bad.”

Having stepped on the scale twice, once with the use of the towel, Luque’s weight miss was official. However, White revealed that the Brazilian could have taken two more hours to try and make the welterweight limit.

“So what happened was: He didn’t make weight, we did not tell him to quit. But if he really was gonna be the backup, they would’ve gave him two hours to cut the weight. So he didn’t take the two hours to go back and try.”

Luque was last in action at UFC 265 in August. In a clash of welterweight contenders, “The Silent Assassin” met wrestling specialist Michael Chiesa on the main card. In a frantic opening round, Luque escaped numerous submission attempts before reversing position and locking in a D’Arce choke of his own. After “Maverick” tapped, Luque secured his spot back in the division’s top five.

In the mind of most, Luque is perhaps one impressive win away from a title shot. Given his place on the 170-pound ladder, a clash with Gilbert Burns to determine a future championship challenger would make the most sense. However, as close friends, that fight won’t be happening.

With that in mind, Luque has targeted a fight with Stockton superstar Nate Diaz. While it appeared both men were keen to make the bout happen, talk of a clash between Diaz and Khamzat Chimaev has seemingly somewhat derailed it.

How do you think Vicente Luque would fare against UFC Welterweight Champion Kamaru Usman? 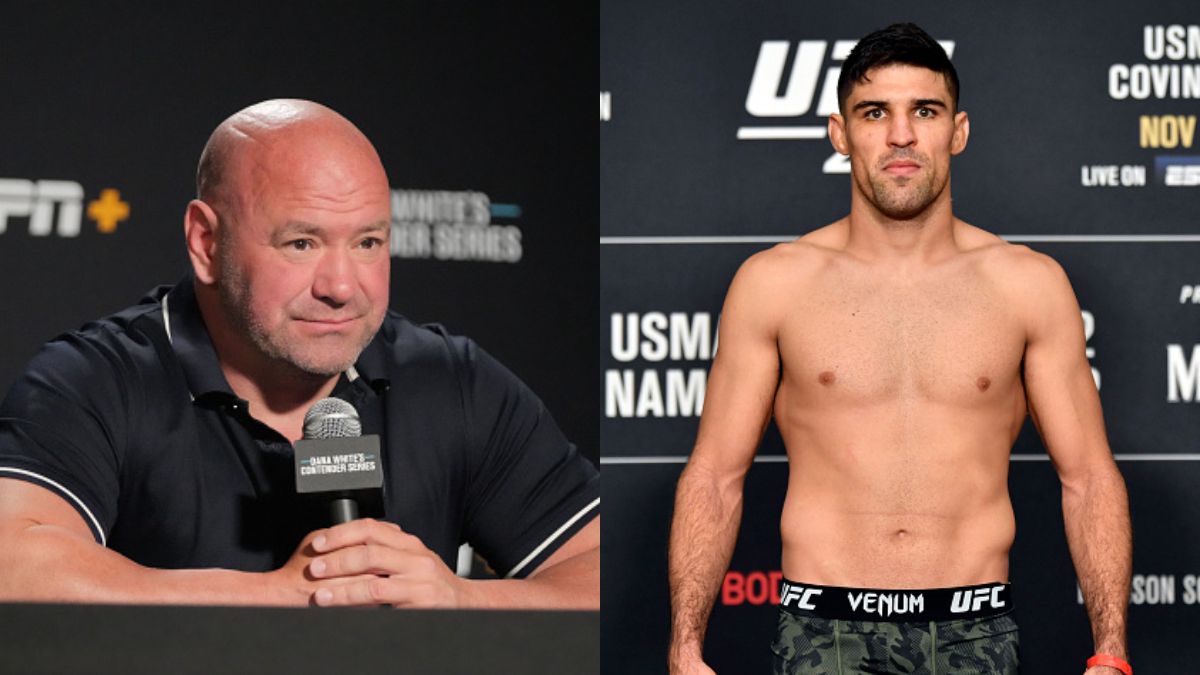