Dan Hooker is down to fight Islam Makahchev at UFC 267 if his coach is to be believed.

Hooker was seen in action this past Saturday night (Sept. 25). He competed on the preliminary portion of UFC 266. While getting to the United States proved to be a tough task for Hooker and his opponent, Nasrat Haqparast, they were able to do it and made weight. In the end, it was “The Hangman” who took the unanimous decision win.

Fresh off a one-sided affair, many believe Hooker is the perfect dance partner for Makhachev. At the moment, Makhachev is in need of a new opponent for UFC 267 after Rafael dos Anjos bowed out due to an injury.

During a chat with the folks over at Submission Radio, Hooker’s coach Eugene Bareman said that his fighter wouldn’t hesitate to accept a bout with Makhachev.

“Dan will never ever refuse a fight no matter what the circumstance is. And not having a voucher and possibly staring down the barrel of being stuck over here for six months or even longer, will not make Dan refuse a fight if offered to him. As far as I know there’s no fights being offered yet, but if [UFC matchmaker Sean Shelby] calls us up I know 100 percent that Dan will take that fight. He will never refuse a fight, no matter who it’s against under what circumstances. Two days’ notice, one week’s notice, 12 weeks’ notice it doesn’t matter, he’d take it. So if that fight does swing our way, then 100 percent Dan will take it.”

Dan Hooker and Islam Makhachev have traded barbs on social media. Makhachev claimed Hooker was afraid to fight him back in 2020. “The Hangman” reminded Makahchev that he was busy with the likes of Dustin Poirier and Paul Felder.

Is Dan Hooker vs. Islam Makhachev the fight to make? 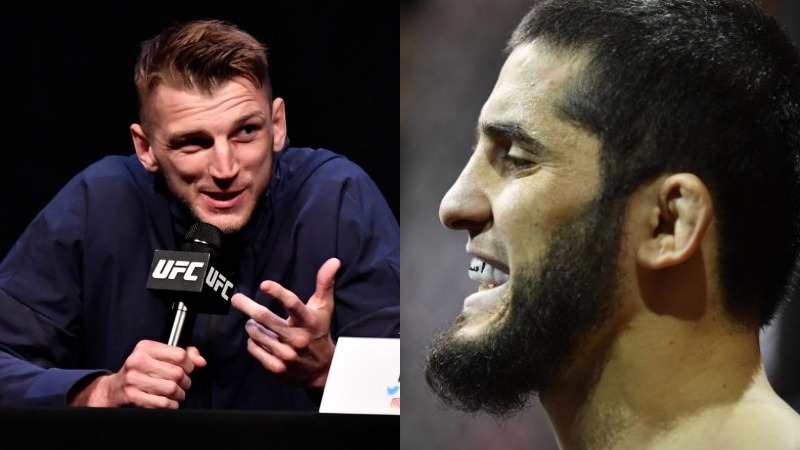